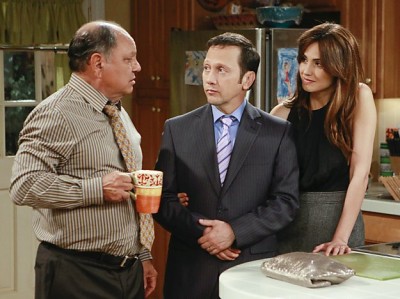 I am still waiting for the 2 season!!

Watch all eight shoes and I thought it was a great show. It had me laughing constantly. its a shame this show was canceled when there are so many shows out there that should be cancelled but they keep on coming back.

I enjoyed all eight episodes. They had an ace of cast. What a shame.

Should bring it back

Just watched this show on Netflix I really love it. After learning that CBS had canncelled it in 2012. I wish I watched it to boost their rating during that time. Now Rob have his own shows with his real wife and daughter on netflix. Hoping they go for 2nd season.

i bet if it was an all-white cast the show would of continued.

Bring Rob Back!!!!!!!!! – We need more variety on tv. Especially being latino it is a even bigger treat.

I really liked the show rob and who ever chose to dump rob for rules of engagement is foolish because rob is funnier.

Reader
merk with a smirk

Pleased more seasons and maybe even get Tommy in a few shows. ad