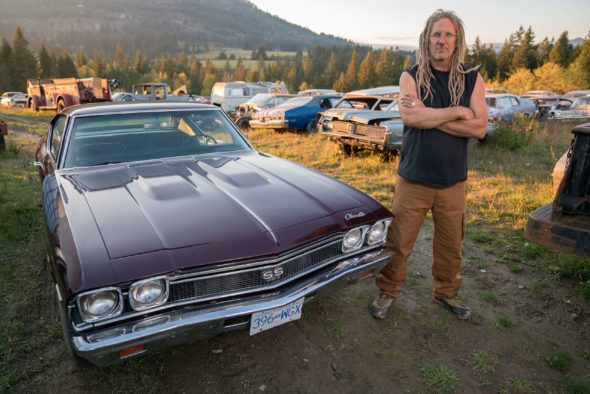 Rust Valley Restorers has a third season on the way to Netflix. The series originates on History Channel in Canada and is released on Netflix in the United States. The streaming service has now announced the series’ return date and released a trailer for the show’s third season.

From the foothills of the Rocky Mountains, in British Columbia (aka “Rust Valley”), Mike Hall, Avery Shoaf, and Connor Hall restore old cars in their large junkyard and hope to make a little money in the process.

Rust Valley Restorers returns for its new season on Friday, August 21st. Check out the trailer for the third season below.

FYI, in Canada, season two is comprised of 12 episodes. Netflix opted to split up those dozen episodes and release them as seasons two and three in the United States.

What do you think? Are you a fan of the Rust Valley Restorers TV series? Will you watch season three on Netflix?

Love the show Have never missed one yet