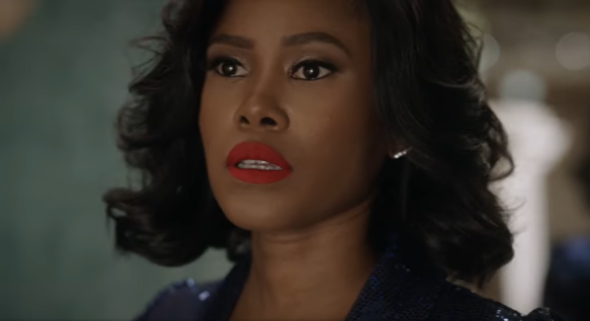 What do you think? Which season five episodes of the Saints & Sinners TV series do you rate as wonderful, terrible, or somewhere between? Do you think that Saints & Sinners on Bounce TV should be cancelled or renewed for a sixth season? Don’t forget to vote, and share your thoughts, below.

Saints & Sinners have great actors and actresses, please keep this show going for future season’s 6 and more. The show is never dull and always have surprises that you can’t guess. Why does the greatest shows can’t last for 20 years or better.

I really look forward to watching Bounce- Saints and Sinners it is my favorite and no matter where I am at I rush home to see the episode I missed and cannot wait to see what next. This show is a hit and have you wanting more! Season 6,7,8,etc. Bring it on!

Absolutely enjoy Saints and Sinners. One of if not the best thing on the air. Bring it back!!!!!

I still love Saints & Sinners. This is the only show that I have been watching since 2016. I was not happy when Karon Joseph Riley took over as Malik. He was too soft spoken, but I respect the brother. The original Malik, Anthony Dalton was a cold and smooth gangster. Now we have a new Tamara and a new Felicia. Not feeling these replacements, but I appreciate and respect them. Reminds me of how The Fresh Prince Of Bel-Air got a new Aunt Vivian. The show is still awesome and I understand that sometimes actors and actresses move on… Read more »

Where is Demetria McKinney on S&S BOUNCE? We have waited throughout the pandemic for our New Season. Will the real Tam please come back to Saints & Sinners

Where is demetria at. What is going on? Hope this temporary. Nothing against new girl but that part for Mrs Demetria mckinney ❤️❤️

Ok, nobody but Demetria!

I Think Demetria May Have Left Because She’s Currently On A House Divided and Probably Wasn’t Able To Film For Season 5 Of Saints&Sinners Because Of That. I TRULY Hope She Comes Back Though Because This New Chick Is Whack!

Yes, this new Tamara is boring. She brings nothing to the character.

That’s exactly what I said. This new Tam just doesn’t cut it after Demetria McKinney.