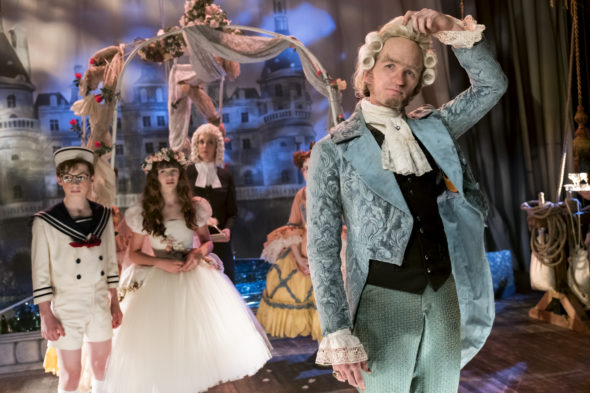 The story centers on the tragic tale of the Baudelaire orphans. It follows Violet (Weissman), Klaus (Hynes), and Sunny (Smith) and their interactions with the devious Count Olaf (Harris), whose shenanigans know no low, in his quest to take their inheritance.

As the Baudelaire children search for clues about their parents’ deaths, they manage to foil Count Olaf’s plans along the way. Eventually, they link him to a shady organization and begin to delve into their family’s dark secrets.

Series Finale:
Episode #27 — The End
The final chapter takes the orphans to a deserted island: a place of lost lives, old stories and new beginnings. It all ends here.
First aired: January 1, 2019.

What do you think? Do you like the A Series of Unfortunate Events TV show? Should this Netflix TV series have ended or been renewed for a fourth season?