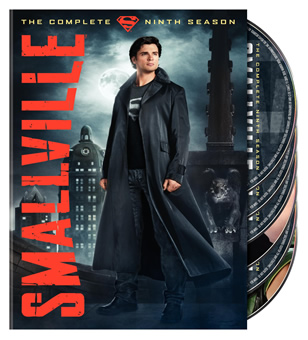 I’ve never been able to follow Smallville on a regular basis, but it seems the best story lines revolve around the rivalry between
Clark and Lex. Hope he sticks around.

law & order ci should have been cancelled after season 6 by nbc. ratings have plummited after season 5. usa network is finally learning that people are more interested in shows like ncis so go ahead and let law and order ci go off the air after its tenth season.

I have to say the Smallville season 9 is the best. And i wish that i could win this one.

Smallville was always much more interesting with Lex Luger stirring things up. Still as good as it gets on The CW.

Last day, but I just wanted to give one last shout to Smallville. This is the best show ever; I’m sad it’s leaving, but glad it’s going out on its own terms. Hooray for the series finale!

I just want to thank tvseriesfinale for doing this. It always give the information you look for, keeping you up to date. Even if i don’t win it’s incredibly nice for what they give away for free. On on top of that i always look here for information about my favorite shows. This is an awesome website for doing this. Smallville season 9, i have to say it was the best season yet. Clark Kent finally taking a step closer to his destiny and falling in love with the woman he is suppose to be with, Lois Lane. I hope… Read more »