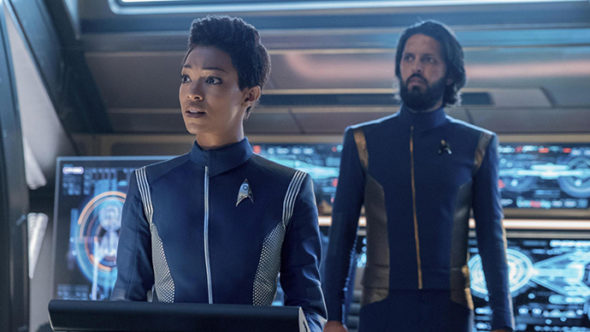 The work of the crew of the U.S.S. Discovery is far from done. CBS All Access has renewed their Star Trek: Discovery TV show for a third season. The streaming service hasn’t announced an episode order but the first season had 15 installments while the (current) second season has 14 episodes. In addition, CBS All Access has announced that writer Michelle Paradise will be a showrunner on the series with Alex Kurtzman.

“Michelle joined us midway through season two and energized the room with her ferocious knowledge of ‘Trek,’” said Alex Kurtzman. “Her grasp of character and story detail, her drive and her focus have already become essential in ensuring the ‘Trek’ legacy, and her fresh perspective always keeps us looking forward. I’m proud to say Michelle and I are officially running STAR TREK: DISCOVERY together.” 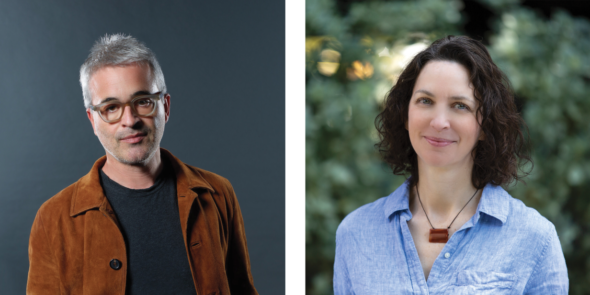 After answering a distress signal from the U.S.S. Enterprise, season two of STAR TREK: DISCOVERY finds the crew of the U.S.S. Discovery joining forces with Captain Christopher Pike on a new mission to investigate seven mysterious red signals and the appearance of an unknown being called the Red Angel. While the crew must work together to unravel their meaning and origin, Michael Burnham is forced to face her past with the return of her estranged brother, Spock.

The first six episodes of STAR TREK: DISCOVERY’s second season are currently available to stream on CBS All Access. All new episodes will be available on demand weekly after 8:30 PM, ET on Thursdays exclusively for CBS All Access subscribers in the U.S., and are distributed concurrently by CBS Studios International on Netflix in 188 countries and in Canada on Bell Media’s Space channel and OTT service Crave. The entire first season of the series is also available to watch on demand.

About CBS All Access:
CBS All Access is CBS’ direct-to-consumer digital subscription video on-demand and live streaming service. CBS All Access gives subscribers the ability to watch more than 10,000 episodes on demand – spanning exclusive original series, CBS Television Network’s primetime, daytime and late-night shows, plus classic TV hits – as well as the ability to stream local CBS stations live across the U.S. CBS All Access’ original series include THE GOOD FIGHT, STRANGE ANGEL, TELL ME A STORY and NO ACTIVITY, as well as the upcoming reimagining of THE TWILIGHT ZONE, INTERROGATION, and WHY WOMEN KILL. CBS All Access is also the exclusive domestic home to STAR TREK: DISCOVERY, STAR TREK: LOWER DECKS and a new untitled “Star Trek” series featuring Sir Patrick Stewart. CBS All Access also includes the ability to stream CBS Interactive’s other live channels, CBSN for 24/7 news, CBS Sports HQ for sports news and analysis, and ET Live for entertainment coverage.

The service is currently available online at CBS.com, on mobile devices via the CBS app for iOS, Android and Windows 10, and on Roku Players, Apple TV, Chromecast, Android TV, Xbox One, PlayStation 4, Fire TV, Samsung Smart TVs, Vizio Smartcast TVs and Amazon Channels. Versions of CBS All Access have now launched internationally in Canada and Australia (10 All Access), with unique but similar content and pricing plans. For more details on CBS All Access, please visit https://www.cbs.com/all-access.

What do you think? Do you like the Star Trek: Discovery TV show? Do you subscribe to CBS All Access to watch it? Are you glad that it’s been renewed for a third season?

I loved the show from the beginning to the end of season 2. A totally different experience.

I’ve been a hardcore Trekkie for DECADES and Discovery is amazing. I love the tie-ins to the original that Pike and Spock bring to the series and also the current cast as well. It is a well thought out well-acted series. The plot is refreshing and not the same old worn out tropes. Thank God they got rid of the “macho man” image of Kirk. Don’t get me wrong, he was awesome in his day, but I’m glad to see sexism go the way of the dinosaur, as evidenced by the strong female leads in this series. Overall the show… Read more »

Loved loved loved season 2. But have to be honest — I was really drawn into it deeper because of Captain Pike. He brought back the real feel of Star Trek. Been a fan since the original series and think he really has been the best Captain in the Trek series so far. Please work him into the future !!!!!

This is honestly one of the better shows currently on television or streaming. It’s got a great balance of all types of stories and a great combination of sci-fi, comedy, drama, romance, and action/adventure. The writing is well done and the acting is smart and believable. The pace of the storytelling is is quick and every episode leaves you on a mini cliffhanger always excited and wanting more. Isn’t that what a great show is supposed to do?!?

Yes fantastic for a third season!!

Starteek Discovery is brilliant storytelling and aspects of the show regarding the spore drive and mycelium network connecting all time, place, space, dimensions and universes is downright prescient