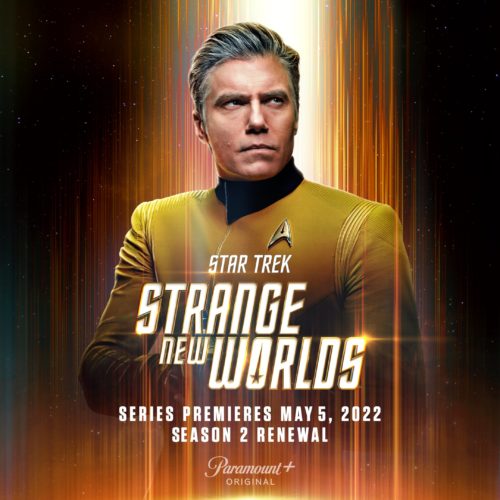 It looks like it’s full speed ahead for the U.S.S. Enterprise. Paramount+ has announced that Star Trek: Strange New Worlds will have its launch on Thursday, May 5th. The streaming service has also given the upcoming series an early second-season renewal. Word is that production for season two will begin next month.

What do you think? Are you looking forward to checking out the new Star Trek: Strange New Worlds series on Paramount+? Are you glad to hear that it’s already been renewed for a second season?

After three seasons of Discovery, I just can’t stand to watch the show anymore. Even Picard was a let down so I’m hoping that this will be better.

Look forward to seeing it new series begin of springtime.

I don’t get Paramont plus. Nor am I going to sign

I don’t get Paramont plus. Nor am I going to sign up for it. I pay too much for cable TV already!