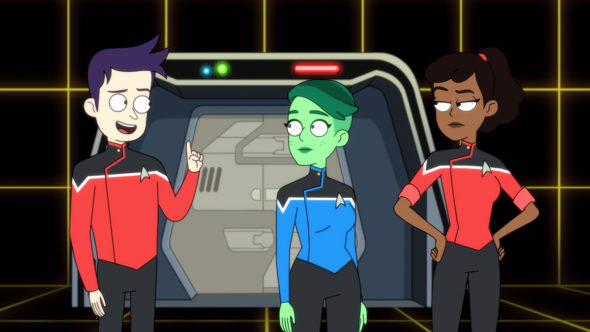 The exploits of the U.S.S. Cerritos crew will continue. Paramount+ has announced that season three of the Star Trek: Lower Decks TV show will debut at some point this summer. In addition, the animated series has already been renewed for a fourth season of 10 episodes.

Star Trek: Lower Decks stars the voices of Tawny Newsome, Jack Quaid, Noël Wells, Eugene Cordero, Dawnn Lewis, Jerry O’Connell, Fred Tatasciore, and Gillian Vigman. The show focuses on the support crew that serves on one of Starfleet’s least important ships, the U.S.S. Cerritos, in the year 2380. Ensigns include irreverent Beckett Mariner (Newsome), rule-following Brad Boimler (Quaid), medical assistant D’Vana Tendi (Wells), and Sam Rutherford (Cordero), who’s adjusting to a cyborg implant. They have to keep up with their duties and their social lives, often while the ship is being rocked by a multitude of sci-fi anomalies. Season two followed the support crew as they deal with changes in group dynamics, chasing promotions, and tons of sci-fi missions. 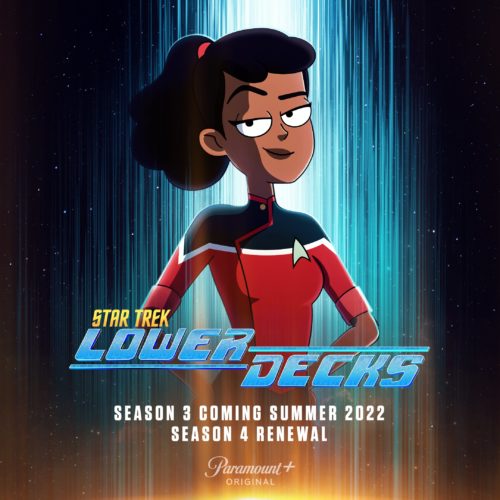 What do you think? Have you watched the Star Trek: Lower Decks TV series on Paramount+? Are you glad to know that it’s already been renewed for a fourth season?