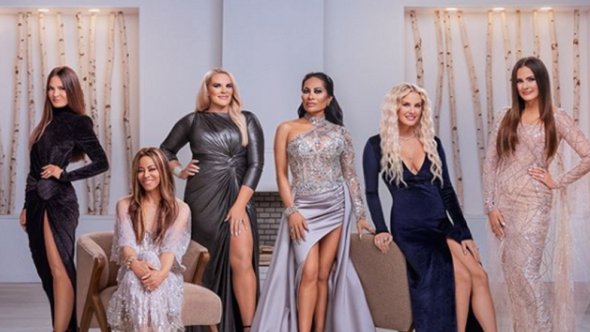 The Real Housewives of Salt Lake City is returning soon with its second season. The Bravo cable channel has announced a September return date for the reality series which features Lisa Barlow, Mary Cosby, Heather Gay, Meredith Marks, Whitney Rose, and Jen Shah. Jennie Nguyen is joining the series for the new season.

Bravo revealed more about the return of the reality series in a press release.

· The ladies are joined by new housewife Jennie Nguyen.

· Always on the go, Lisa continues to be a busy working mom with her entrepreneurial children and loyal husband John at her side. She quickly finds herself in the center of the drama when the ladies constantly question her motives.

· Due to the pandemic, Mary’s life has changed drastically, she has been forced to close the doors to her church and has started a faith-based podcast to fill the void. Friendships are tested when rumors about Mary become a topic of conversation after Lisa’s friend reveals some unsettling allegations.

· While Heather’s business Beauty Lab + Laser is thriving and on the precipice of growing into its second location, her life at home isn’t quite as simple. With her oldest daughter ready to leave the nest, Heather struggles with breaking away from Mormon traditions and encouraging her daughter to live a secular life.

· After reconciling last year, Meredith and Seth are going strong, but there still appears to be a few cracks in their foundation. While Meredith is full steam ahead on her relationship with Seth, she finds herself on the outs with her BFF Lisa when questions about loyalty arise.

· Whitney struggles to balance it all as her budding business has pulled her away from her stay-at-home mom duties, causing a lull in her romantic life with her husband Justin. Tensions rise when Whitney comes between Lisa and the long standing friendship with one of her best gal pals.

· This season, Jen is focusing on channeling her inner Zen and mending the important relationships in her life, but her world comes crashing down when charges are brought against her. She is in for the fight of her life as she quickly realizes who her true friends are and questions who may have turned her in.

· Introduced to the group by Lisa, Jennie is not afraid to ask the tough questions and has no problem jumping right into the drama. A successful businesswoman and married mother of three, Jennie recently sold her medical spas to become a stay-at-home mom. With Jennie at home more, her husband Duy starts pressuring her for more kids and when she becomes reluctant, he is willing to explore all options including a sister wife.

Check out a preview for The Real Housewives of Salt Lake City season two below.

What do you think? Are you a fan of the Real Housewives franchise on Bravo? Do you plan to watch the new season following the ladies in Salt Lake City next month?