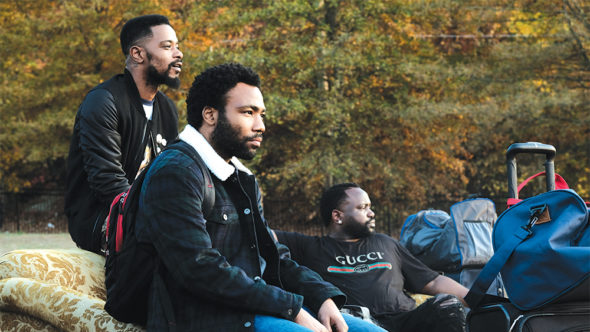 Atlanta will return to FX in 2022. Production has wrapped on the drama’s long-awaited third season and filming on the fourth season is now underway in Atlanta. Creator Donald Glover stars in the comedy-drama series which has seen a number of delays due to the pandemic. The second season finished airing in May 2018.

John Landgraf, FX chairman, revealed the following about the delays and the return of the series, per Deadline:

“We haven’t locked down the scheduling for Season 3 yet as it just finished shooting — it’s shot primarily in Europe. It’s in post-production and it’s a lengthy post-production process, and part of that is because they’re currently in production of Season 4 in Atlanta. All the scripts for that season have been written, and I absolutely adore the scripts for both seasons.

The reason I can’t lock down a date right now is that it’s being driven by Donald Glover and Hiro Morai’s schedule and availability and the length of post, both for Season 3 while in the process of producing Season 4. I did list is as one of the things coming back in the first half of 2022, that is our anticipation. I think we’ll be able to lock down an actual date for 3 and maybe for both cycles within the next couple of months.”

A premiere date for season three of Atlanta will be revealed at a later time.

What do you think? Are you anxiously awaiting the return of Atlanta to FX?

I’ve been looking forward to this for a long time. I hope it’ll be worth the wait.