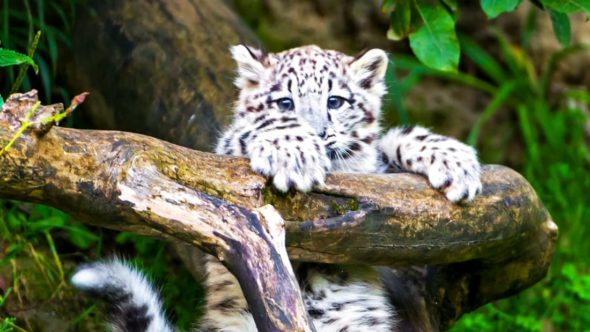 Animal Planet is bringing back The Zoo for a fifth season, and viewers will not have long to wait for the new episodes. The documentary series highlights the work done at the Bronx Zoo.

“The world-famous Bronx Zoo returns to Animal Planet, showcasing more incredible stories of remarkable animals and the dedicated staff who care for them. In the all-new season, THE ZOO dives back into the hard work and heartwarming moments of daily life at the Bronx Zoo’s 265-acre campus and its sister parks across New York City. Audiences will learn about the zoo’s groundbreaking work in animal care and welfare, conservation, and education. Season five of THE ZOO kicks off with a special two-hour premiere on Saturday, Oct. 9 at 8PM ET/PT, with new episodes airing every following Saturday at 9PM ET/PT.

In the unforgettable premiere, a bevy of fascinating new animals find a home at the zoo. From a herd of Bactrian deer fawns on a journey to the Big Apple from Ohio, to a young red kangaroo named Troody growing into the shoes of a Bronx kangaroo legend, to a keel-billed toucan rescued from the dark world of animal trafficking, zoo staffers step up to provide a New York welcome for them all. Excitement is afoot for the zoos’ existing residents as well, as the gorillas experiment with a fashion-forward new enrichment and a trio of curious lynx kittens step into the public eye at the Queens Zoo. Audiences will also get an exclusive update on Nadia, the Malayan tiger who was the first animal in the US to be diagnosed with COVID-19.

“The dedication of our essential zoo and aquarium staff has never been more apparent than in Season 5,” said Jim Breheny, Bronx Zoo Director. “They continued to provide expert care to the animals each day throughout the course of the COVID-19 pandemic and never lost sight of our conservation mission. Staff in all of our WCS parks and those in zoos and aquariums around the world who braved the unknowns of the virus to ensure the daily needs of the animals were met are true heroes.”

This season, audiences will see the Bronx Zoo’s mission in action as a pair of endangered Coquerel’s sifakas are introduced in hopes that they will mate; Sydney, an adorable harbor seal pup rescued from a stranding in the wild, finds a new home at the New York Aquarium; and a pair of rehabilitated ospreys become ambassadors for their species. The zoo’s veterinary staff get creative by crafting a one-of-a-kind orthopedic shoe to help a tiny oscillated turkey chick walk.”

Check out a preview for The Zoo season five below.

What do you think? Are you a fan of The Zoo on Animal Planet? Do you plan to watch season five?

Love The Zoo. My grandsons have learned a great deal about animals, conservation and the life cycle just watching the show. We sincerely hope Season 5 isn’t the last.

When is the hope TV zoo coming back its number now olly massie.

Adore, addicted to & anxious for more episodes. The show makes me feel like I am part of the Zoo and so hope it continues.

Love “The Zoo”. Was saddened to see Sue appearing to be fighting cancer. Please give her my best wishes for a speedy recovery. Prayers from a 9 year survivor.

Sue has made a full recovery!
Check it out: https://suethebirdlady.com/about/

My favorite “The Zoo” Is the Bronx Worried about Susan in Ornithology The bird segments are my favorite and you can tell her love of her job. I am sure that many fans are wishing her the best

Blessings to Sue, hope all is well with her health.

Very excited. Worried about Sue in ornithology. Looks to be in recovery from chemotherapy or radiation. Hang in there!