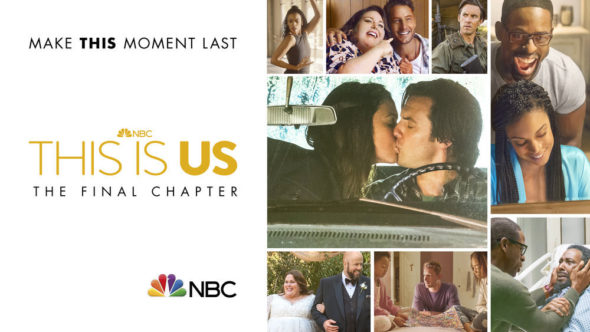 THere’s no need to worry about the future of This Is Us. NBC has confirmed that season six is the end and the writers of the show have had time to craft a proper (hopefully satisfying) finale. Could this show return for a seventh season someday or a follow-up project? Stay tuned.

For comparisons: Season five of This Is Us on NBC averaged a 1.01 rating in the 18-49 demographic and 5.58 million viewers.

What do you think? Do you like the This Is Us TV series on NBC? Should it be cancelled or renewed for a seventh season?