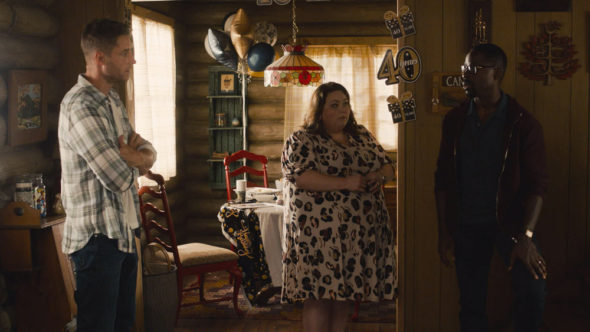 How will the Pearson family handle the world’s events in the fifth season of the This Is Us TV show on NBC? As we all know, the Nielsen ratings typically play a big role in determining whether a TV show like This Is Us is cancelled or renewed for season six. Unfortunately, most of us do not live in Nielsen households. Because many viewers feel frustration when their viewing habits and opinions aren’t considered, we invite you to rate all of the fifth season episodes of This Is Us here.

What do you think? Which season five episodes of the This Is Us TV series do you rate as wonderful, terrible, or somewhere between? Are you glad that This Is Us has been renewed for a sixth season on NBC? Don’t forget to vote, and share your thoughts, below.

All the previous season were great up till now. Unfortunately they decided to go political with supports of BLM and protests. Why ? With so much division in our country today why keep throwing gas on the fire. This program is all fictional anyway so take us away from the chaos of today and find some mellow ground. Until that happens I refuse to indulge myself in this type of political statements…

Absolutely keep this show. I love it!

This is one of the best shows on T.V. bar none.