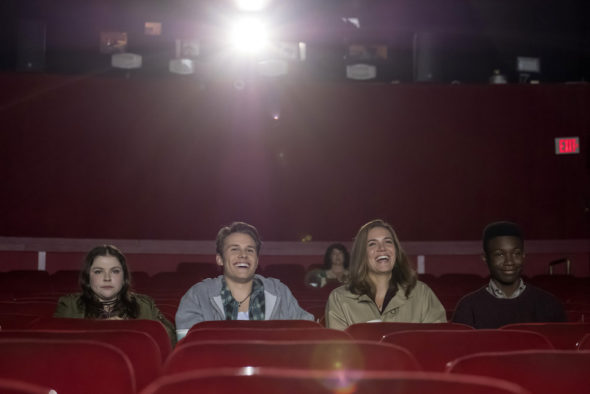 How well does life roll on for the Pearsons in the second season of the This Is Us TV show on NBC? As we all know, the Nielsen ratings typically play a big role in determining whether a TV show like This Is Us is cancelled or renewed for a third season. Unfortunately, most of us do not live in Nielsen households. Because many viewers feel frustrated when their viewing habits and opinions aren’t considered, we’d like to offer you the chance to rate all the season two episodes of This Is Us for us here.

What do you think? Which season two episodes of the This Is Us TV series do you rate as wonderful, terrible, or somewhere between? Are you happy NBC has renewed This Is Us for season three? Don’t forget to vote, and share your thoughts, below.

This is a fantastic show! It’s loved by all who watch it. I noticed if there is just one mention of this show on any social network, it goes viral! Everyone has to post a comment on how they love this show. I hope it doesn’t get cancelled.

THIS IS A FANTASTIC SHOW, VERY HEARTWARMING AND LOVING!!! PLEASE DO NOT CANCEL!!!

who watches this crap?

Everything about this show is so well done. There’s literally only been 1 episode, where a tear hasn’t come down my face, and i’m not one to cry very often. I hope that it stays a quality tv show, for many more years to come.

Love love love this show!! definitely one of the best shows i’ve ever seen. i’d be hugely disappointed if it were cancelled.

one of the worst shows out their right now

This is the most original tv series that has been presented on television in a very long time. Do not mess with this show, it is freaking awesome and I hope the story of these great characters goes on for years!!