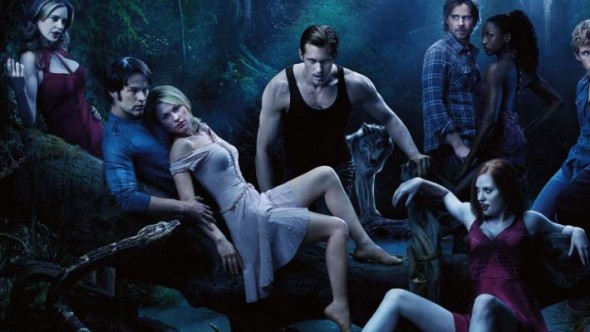 Are you a big fan of True Blood? Recently, creator Alan Ball revealed new details about a musical version of the HBO TV show, Deadline reports.

Based on the books by Charlaine Harris, the supernatural drama revolves around telepathic waitress Sookie Stackhouse (Anna Paquin), vampire Bill Compton (Stephen Moyer) and other residents of Bon Temps, Louisiana. The series ran on HBO from 2008 to 2014.

During this year’s Vulture Festival, Ball revealed plans for a musical version of True Blood are coming along nicely:

It tells the story of vampires coming out of the closet. Ultimately it really departs from the book, because people aren’t ready, and they’re too bigoted and they end up going back in to the closet.”

Nathan Barr is composing the music for the project.

What do you think? Have you seen True Blood? Would you watch a musical version?

Not sure about a musical. I will try a couple of episodes.

Let’s Not and Say We Did. It sounds like a bad Idea. The Original Show was all that was needed all the spin-offs are not as good and are useless. Now you are just milking the cow dry to make a few extra bucks.