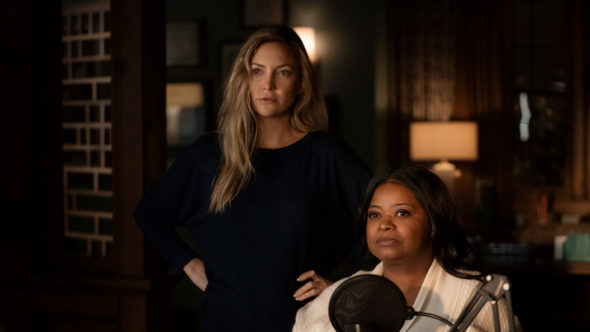 Apple TV+ revealed more about the second season of Truth Be Told in a press release.

“Apple TV+ today released the premiere date and teaser trailer for the second season of the NAACP Image Award-winning drama Truth Be Told, from acclaimed writer, showrunner and executive producer Nichelle Tramble Spellman. Starring and executive produced by Academy Award winner Octavia Spencer, the new season of the anthology drama also stars Academy Award nominee Kate Hudson in her first lead role in a television series. The series, which provides a glimpse into America’s obsession with true crime podcasts, will return with a global debut on Friday, August 20, 2021 with the first episode, followed by new episodes weekly every Friday.

The new season of Truth Be Told stars Octavia Spencer, as well as Kate Hudson in her first lead role in a television series.

Check out the trailer for Truth Be Told season two below.

What do you think? Are you excited about the return of Truth Be Told to Apple TV+?