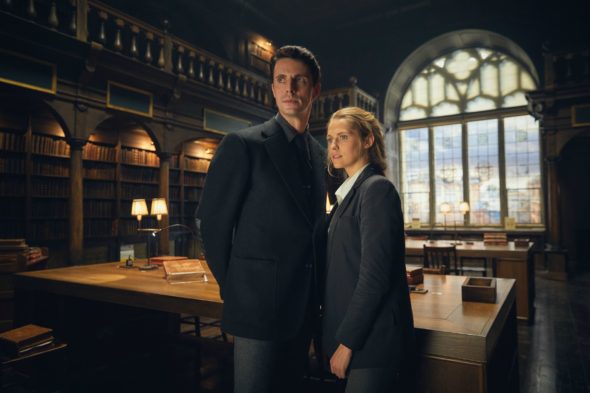 A Discovery of Witches returns for its third and final season in January, and the first trailer for the upcoming season has now been released. The season will air on Sundance Now, AMC+, and Shudder.

Check out the trailer for A Discovery of Witches season three below. The series returns on January 8th.

What do you think? Will you be sad to see this drama end? Have you watched the first two seasons?

Absolutely, sad. This has been a pleasure to watch. Love the cast/characters and the story line was not confusing or cluttered. Would love to see more.

Wish Harkeness would add alot more volumes to this series. I cant get enough of it.

I’m not going to be able to watch it on On DirecTV?

3 books….3 seasons….these are books first and foremost…sad to see them end on tv of course… there should be more witches and vampires on tv always!…but this series did what is set out to do on tv… I will watch whenever I want because I bought them (after more than one time subscriptions to shudder and checking out the dvd at public libraries) …I became a fan because of the series not the books which I now own but have not read in full…all that said…don’t make the same mistake JK Rowling is making…if Deborah Harkness want to write more… Read more »

Such an excellent show… Beautiful love story… It should not end here..

One of my ultimate favorite shows. I glad to see a new season. But I’m sad it the finale of a series.