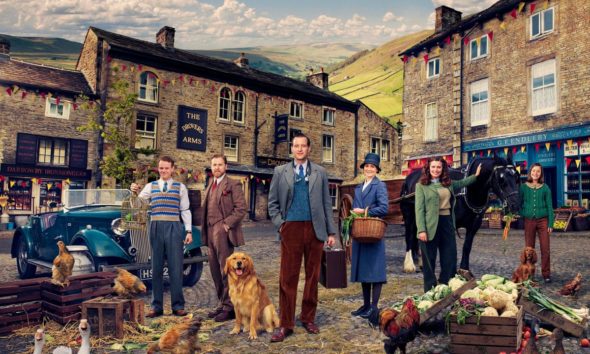 All Creatures Great and Small is returning for two more seasons. The series, based on the books by James Herriot, is currently in its second season and airs on Channel 5 in the UK and PBS in the United States. Season three will run later this year and season four will air in 2023. Each season consists of six episodes and two Christmas specials are also planned.

“It is clear that our viewers adore James Herriot’s adventures in Darrowby and so do we at Channel 5. I am looking forward to us all being reunited with the Skeldale House family when series three arrives on our screens this year.”

A synopsis for the PBS series revealed the following about season three:

“Change is afoot for all our Darrowby residents, especially James and Helen, who are embarking on the next chapter of their lives as the wider world around them heads toward a period of great uncertainty.”

A premiere date for season three of All Creatures Great and Small will be announced later. Season two currently airs on Sunday nights.

What do you think? Are you excited about this series continuing on PBS and Channel 5 in the UK?

It is a great series- no sex no cussing, nothing but good clean wholesome family TV. KEEP IT UP!!!