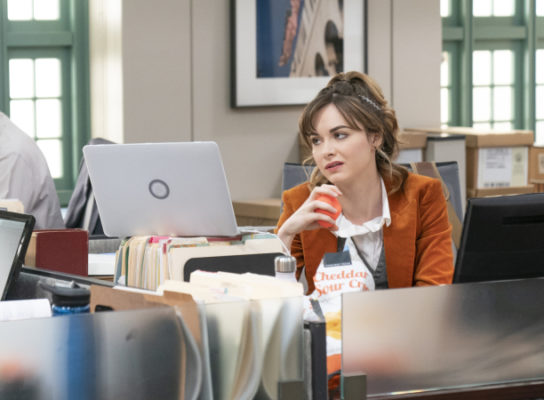 The regular cast of All Rise is getting a little bigger for season two. Audrey Corsa, a recurring member of the cast in the firsts season, has been upgraded to series regular status. Corsa, who was also seen in CBS All Access’ Tell Me a Story series, appeared in eight episodes of the first season of All Rise.

Deadline revealed the following about the actresses’ role on the CBS series:

“Corsa plays Samantha Powell, a young, ambitious law clerk in the DDA’s office bullpen. Incredibly smart, unintimidated, with a dry humor, she’s determined to make herself an invaluable member of the team.”

A premiere date for season two of the courtroom drama has not yet been set.

What do you think? Are you a fan of All Rise on CBS? Are you excited to see more of Corsa on the series?

I really enjoy All Rise. A good mix of lighthearted fun and serious issues.

What is wrong with these tv stations. You shut down all pd lives. All Chicago shows are canceled why? THERE ARE A LOT OF PEOPLE WHO LIKE THESE SHOWS AND PD LIVE DIDNT SHOW VIOLENCE. MY GOD. NOT ALL COPS ARE BAD BUT A FEW BAD ONES RUIN US WATCHING SHOWS WE LOVE. COME ON

Love this show and characters. I can’t wait for this second season.

My husband and I love this show and all the characters in it..we look forward to it every week! Thank you for returning for another great season ❤️

LOVE THIS SHOW!! I WANT MORE!!

Like Cindy McGinnes before me that I become a fan of All Rise from the first episode. I can’t wait to see how the writer will use Audrey Corsa for the second season. v

I can not wait. It is a wonderful show.

All rise is my favorite show