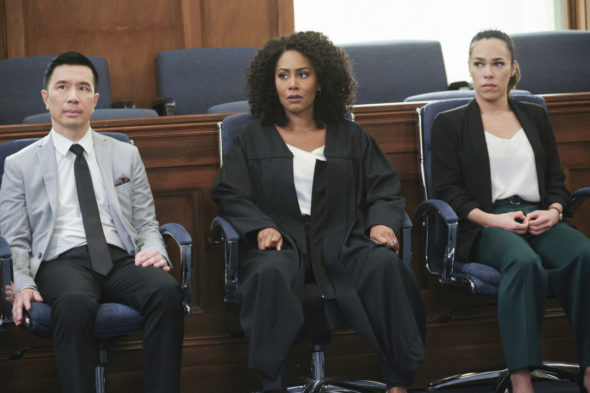 Viewers of All Rise will see more of Reggie Lee during the CBS series’ second season. The actor has been promoted to a series regular for year two. He appeared in 13 episodes of season one.

Deadline revealed the following about Lee’s role on the CBS drama:

“Lee plays Head DDA Thomas Choi, Mark Callan (Wilson Bethel) and Luke Watkins (J. Alex Brinson) strict but fair boss. Lee started season 1 as a new boss with strict principles in the law. Through the first season, he was up against Mark Callans unorthodox ways, more often butting heads, but also prompting ‘Choi’ to see the other side of things.”

All Rise returns with its second season on November 16th.

What do you think? Are you excited to see more of Lee on All Rise? Will you be watching season two?

Have come to really love this show and am certainly looking forward to season 2!

None of them. We’ve seen quite enough of all the Kardashians!

I really enjoy this series…does that mean you are going to remove it. My family and I just start liking something and you take it off. We just hate that part. The cast is a great family. Keep up the good work, as long as they will let you.

Renew I enjoy watching All Rise

I am glad that CBS decide to make Reggie Lee a regular in the second season. I still hope that the writer will tell more about his character background.

In answer to your question Reggie Lee did a great job as Choi in season 1 & I’m sure will continue to do so in Season 2. Wilson Bethel & Simone Missick are my favorite actors although I really like the entire cast. Your Season 1 finale was brilliant! Live the very last sequence which appeared to include EVERYONE! Very touching. All Rise IS the BEST series on television today. Period. Season 2 will undoubtedly continue to inspire. Take care.

Love,love love this show. Glad that All my favorite cast members are back