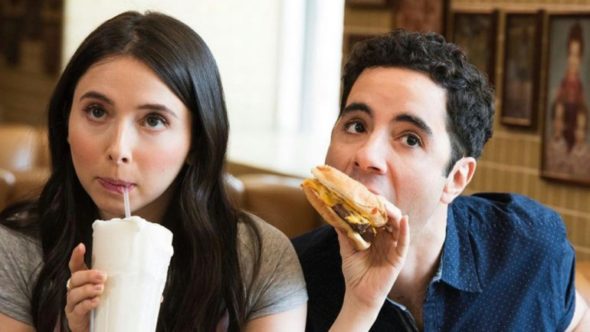 Freeform is breaking up with Alone Together. Variety reports the network has cancelled the TV show after two seasons.

The comedy centers on two millennials. Everyone thinks Esther (Esther Povitsky) and Benji (Benji Aflalo) should be a couple, but they’re simply platonic best friends.

Freeform‘s cancellation of Alone Together is not that surprising given the series low ratings. Season two averaged a fairly low rating of .05 in the 18-49 demo with 127,000 viewers.

What do you think? Did you ever see Alone Together? Would you have watched a third season?

Please let another network pick up this show!! It was so funny!

I would definitely watch season 3. I hope another Network picks it up!! I think it didn’t get good ratings because there wasn’t enough advertising for it but it’s a very good show.

I love this show so so much and am devastated that it is cancelled! Ester and Benji pleeeeeeaaase make another season!!!!

The show is hilarious. Sorry I found it too late to help!

Yes!! This show was hilarious! I LOVE Benji and Esther. They are so funny!! I hope another station pick this show up ASAP.

I thought it was a very funny sitcom. I really enjoyed iit. I hope another sstation picks it up.