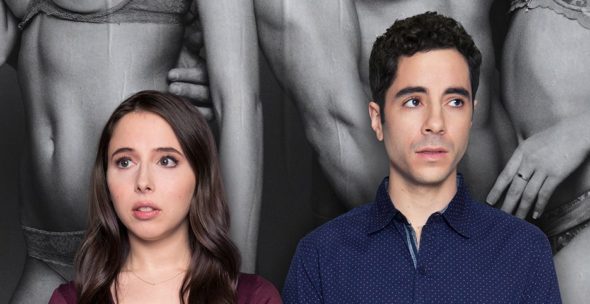 TV show description:
A sitcom from stars Esther Povitsky and Benji Aflalo, who created the series with Eben Russell, the Alone Together TV show centers on two millennials. Everyone thinks Esther (Povitsky) and Benji (Aflalo) should be a couple, but they’re simply platonic best friends.

Where Benji’s from a wealthy Beverly Hills family, and is waiting for his trust fund to kick in, Esther is a Midwest transplant. While they’re both desperately seeking acceptance in image-obsessed Los Angeles, they just don’t fit in.

Although they always have each other’s back when it counts, usually, Esther and Benji’s friendship is as much about convenience as it is affection. They are more apt to bicker and criticize than they are to support each other. Still, at least they’re not all alone — they’re alone together.

What do you think? Do you like the Alone Together TV series? Should this TV show have been cancelled or renewed for a third season on Freeform?

I love the show. Please keep it on.