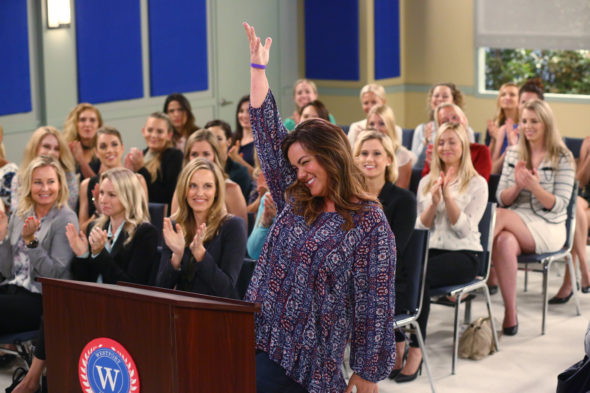 How well do the Ottos stay true to themselves in the second season of the American Housewife TV show on ABC? As we all know, the Nielsen ratings typically play a big role in determining whether a TV show like American Housewife is cancelled or renewed for season three. Unfortunately, most of us do not live in Nielsen households. Because many viewers feel frustration when their viewing habits and opinions aren’t considered, we’d like to offer you the chance to rate all the season two episodes of American Housewife for us here.

What do you think? Which season two episodes of the American Housewife TV series do you rate as wonderful, terrible, or somewhere between? Should ABC cancel or renew American Housewife for a third season? Don’t forget to vote, and share your thoughts, below.

Please continue with the show, it’s the best!

I hope there will be a seson 3. But i wish it could be on Friday nights

Renew for Season 3!!!! Literally the only show I watch on TV. Cast is incredible and so relatable!!

I hope you keep this show…my husband and I love comedies and there aren’t that many anymore!!!!!!

I love the show, very funny, but it’s sad, it proves, that bullying doesn’t stop when you get out of school, it happens thru adulthood too. Katie is bullied as a parent at her kids school, others at work, so sad.

This is my favorite show on T.V. right now!!! I have watched all episodes several times. Light hearted and funny. Great cast and story lines. I hope this show lasts a very long time. Who couldn’t love Katie Otto!?!?

I am absolutely in love with this show! I was watching it and my boyfriend saw some and now he watches it with me. It’s the highlight of our Thursday (we watch it on Hulu so we have to wait until the day after it airs) and we can’t get enough. The only issue I have with this show is that there isn’t enough of it, and the episodes aren’t longer. Can’t wait for more!!

I just love this show! She brings a new light to comedy and reality in this series.

One of the best shows on tv

Just curious… who in the world is watching this awful show?