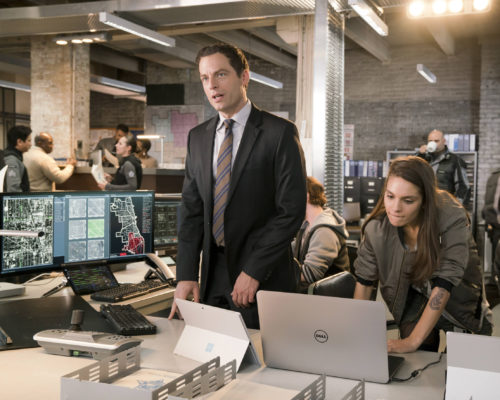 Cop shows are a dime a dozen on network television, but what about APB? Is it special? Should FOX’s freshman police series be cancelled or renewed for a second season?

Given the numbers, it’s highly unlikely that FOX will renew APB for a second season. The finale is expected to air on April 24th.

What do you think? Are you a fan? Do you think that the APB TV show should be renewed for a second season?

I’d love to see more of this show. Has a fun mix of drama, tech and action.

I looked forward to my Monday nights knowing that APB would be on! The show should definitely be renewed, especially how this high end technology is being introduced into police work. Although it’s a TV Show, it may give law enforcement new ideas for surveillance and other useful resources.

I’d say give APB 3 more seasons cause that show is so totally awesome and really freaking cool, love the show. I’d give the show 5 stars+

Please renew this APB show…I like it and I’m 60…The hell with this 18-39 group you talk about…There just probably bunch of liberal losers not watching TV anyway. To busy bitching about Trump…The mayor on this show that got killed..loved it..reminds me of the liberals talking to much and not paying attention to whats going on in the world.

Yes it should be renewed. I copy and watch to get out of the commercials.

I watch the commercials just on the off-chance it helps the show! 😛

This whole ratings thing needs to get back to basics! I’m 63 and love the show. The 18/39 year olds are watching their phones and scocial media.. let it have another season. It’s fun to watch!

I liked APB. It took a little time to get into it but I started to really like it. I don’t think the traditional rating system is accurate anymore. With people being able to find content all over the internet cable and satellite T.V. is becoming obsolete.

This is our favorite show!

Please renew!!! We love this show.

Yes APB better be renewed. I love this show!!