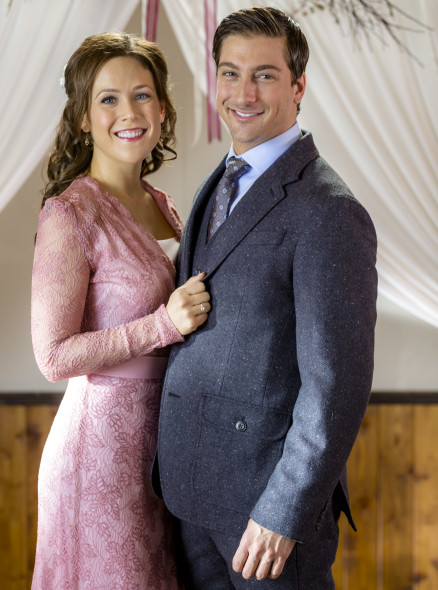 The announcement came, not by press release, but in video published on the Hallmark Channel USA Facebook page. The season three finale episode, “Prayers from the Heart,” aired last night on Hallmark Channel.

Watch Erin Krakow and Daniel Lissing break the good news that When Calls the Heart has been renewed through season four.

What do you think? Are you a fan of the When Calls the Heart TV show? Do you plan to watch the fourth season?

Love this show. The chemistry between Elizabeth and Jack is amazing. The movie brings romance, adventure and humor. Great story lines which makes you just want to see more!
It is very family oriented which is hard to find in our tv entertainment today.

started watching the show in December 2016 and love it. watched all 3 seasons quite a few times and hope we will be able to watch season 4. Our cable company dropped the Hallmark channel. what channels will show it?

I would get another cable company,I wouldn’t stay with one that didn’t offer Hallmark or Animal Planet,the 2 are the best on any TV in my opinion!So sorry for those who don’t have the ability to watch those 2 ,if enough people ask for them,it might bring good results,we are the reason they stay in business!!

When does season 4 start???

Another great TV series! My family loves When calls the Heart, and we are so glad it’s been renewed another season. 🙂

What do you mean! Finale? Are you crazy? This series is to Good for a finale!!!

Can’t wait for season 4! When does it start?

There hasn’t been a network drama, for the entire family, to watch together, for a very long time. Thank you for renewing, “When Calls the Heart” for a 4th Season!

Love it can’t wait . Hope there working on season 5 also and even 6. It’s one of the best shows on TV today.

Yes,love the show. So glad it is renewed.

I am very happy for the 4th season! Can’t wait. I love the cast.