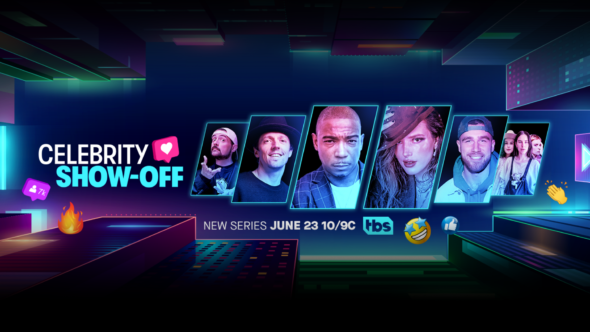 Get ready for another competition series on TBS. This time, the celebrities are showing off their talents. Mayim Bialik is hosting this series. Celebrity Show-Off will premiere on the network later this month.

TBS revealed more about the series in a press release. Check that out below.

“TBS has announced Celebrity Show-Off, a unique talent competition series hosted by Mayim Bialik (The Big Bang Theory), premiering on Tuesday, June 23 at 10:00pm ET/PT. Based on the popular Korean show My Little Television, and from the executive producer of The Masked Singer, the 10-episode remote series will turn TV and social media on their heads by transforming the variety format into an innovative experiment. Each week celebrities will be given the opportunity to see who can produce the most compelling content from the comfort of their own homes. Talent confirmed for the showcase include: Diplo, Ja Rule, Action Bronson, Gabi Butler, Dwight Howard, Travis Kelce, Nene Leakes, Jason Mraz, Kevin Smith, Tori Spelling, Bella Thorne, Rumer, Scout, and Tallulah Willis and others from every area of entertainment, sports and beyond.

“Wait until you see what this cast has pulled off,” said Corie Henson EVP and head of unscripted programming for TBS, TNT and truTV. “From sharing never-before-seen talents, to performing crazy stunts or even bringing on special guests, the celebs’ shows are creatively ambitious with DIY charm – since our cast are all working with the limitations of what they’ve got available at home.”

“After discovering The Masked Singer and bringing it to American audiences, I have been on the lookout for interesting and innovative Korean formats. Celebrity Show-Off is exactly that – a fresh, fun series unlike anything else on television,” said executive producer Craig Plestis. “It’s a cutting edge take on celebrity competition that will allow viewers to see their favorite stars in completely new ways, and put a smile on their faces in these trying times.”

“We’ve all seen shows where stars are produced to dance, or sing, or compete. This isn’t that. These celebrities are raw and unfiltered and no one knows what they’ll do next,” said executive producer Tom Forman. “That means making the show is the most challenging thing ever, and watching it is pure joy.”

In every episode of this of-the-moment variety show, five celebrities from the worlds of sports, music, comedy, TV, and film will face-off by creating quirky self-shot content that premieres online. The celebrity’s goal is to attract and engage the most online viewers to keep their digital shows “on the air” – and avoid being the channel that “goes dark”. Digital shows will debut on TBS’s YouTube channel on June 24, the day after the premiere episode, and will be scored by total views, view duration and engagement. Each week, the stars will come together in an inventive high-tech virtual studio where they will screen and react to each other’s content and find out who will remain in the competition. And in an innovative “twist,” the lowest-performing celebrity will be replaced with a brand new surprise celebrity newcomer, adding a new layer of thrills as everyone vies for the largest internet following. The longer a celebrity stays in the competition, the more money they raise for their charity, with the last star on air earning an extra donation for their cause.”

GREAT….another useless , boring, and stupid “competition” show, cancel shows like man with a plan, but keep putting on garbage that is NOT entertaining or imaginative , and better yet, put on B,C and d list “celebrities, with a few A- listers, and call it a show…just what we need, more over paid people getting even more money ( under the guise in sure to “donate to favorite charities” or something ) NO THANKS…WONT BE WATCHING.

Yay. Another competition show. Another show about celebrities being front and center. I can appreciate the fact that people are trying to create projects within this crazy time to bring people together, but sometimes it all still just feels like a ton of “Look at me, I’m famous” stuff.