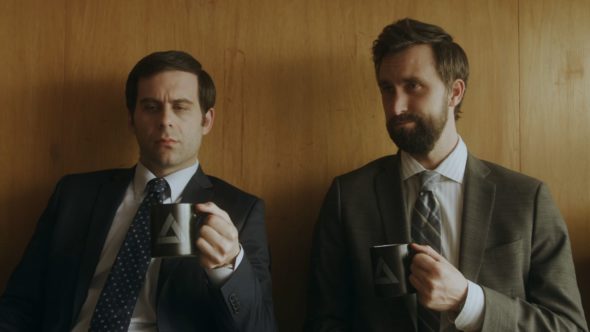 We don’t have to wonder if the Corporate TV series will be cancelled or renewed this time around. Comedy Central has already announced that it’s ending and there won’t be a fourth season. Will Corporate’s ratings improve now that the series is wrapping up? Stay tuned.

For comparisons: Season two of Corporate on Comedy Central averaged a 0.12 rating in the 18-49 demographic and 227,000 viewers.

What do you think? Do you like the Corporate TV series on Comedy Central? Should it have been renewed for a fourth season?