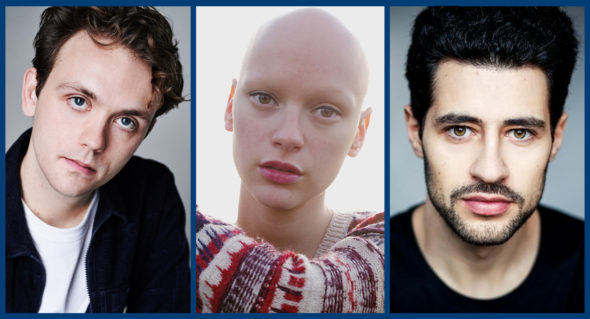 Domina is returning for a second season on its new home of MGM+ (a rebranding of EPIX), and viewers will see some new faces when the series returns in 2023. Benjamin Isaac, Joelle, and David Avery are joining the cast of the historical drama.

[su_su_mgm_plus] revealed the following about the new additions and the series in a press release.

Domina is produced by Tiger Aspect—part of Banijay UK—in association with MGM+ Studios, following an agreement with leading global distributor Banijay Rights. Domina recently finished production at the historic Cinecittà Studios in Rome and is scheduled to premiere on MGM+ in 2023, with the second season also returning to Sky across Europe in 2023.

Domina Season Two chronicles the struggle for control of the Roman Empire, and of Rome’s Imperial Family, from a rare female perspective. In its first season, Livia Drusilla, the golden girl of the prominent Claudii family, returned to Rome after 10 years in exile, determined to regain everything that was stolen from her. Now, atop a fractious empire and a dysfunctional dynasty, she must fight to preserve her marriage to Gaius and find a way to seat one of her sons on the throne, as new and old rivals jockey for position in a world where it’s impossible to know who to trust.

The series is created by Simon Burke (Fortitude, Strike Back), with Burke, head of Tiger Aspect Drama Lucy Bedford, Muirinn Lane Kelly, and Carmel Maloney as executive producers. MGM+ has the U.S. rights, with the second season returning to Sky across Europe in 2023. Banijay Rights is the worldwide distributor.

Benjamin Isaac – “Tiberius”
This is a RECASTING of the role “Tiberius”

Livia’s eldest son Tiberius is traumatized by dark memories of his childhood. He’s increasingly reluctant to fulfil his mother’s ambition for him and his brother with the mission to restore the Republic. Although he finds some love and light with new wife, Vipsania (Joelle), the corruption of Rome overwhelms him, and he risks the destruction of his family.

Bio: Benjamin Isaac joins the cast of Domina Season Two. His previous credits include the film Holmes & Watson. He also appeared in theater productions of Housed and Handle With Care. Isaac is repped by United Agents.

Ambitious young aristocrat Domitius has recently joined Gaius’ family through his marriage to Octavia’s daughter, Antonia. Cunning and deceitful, he soon proves himself to be a thorn in Livia’s side.

Bio: David Avery is joining the cast of Domina Season Two and has had roles in TV shows including Brussels and Doctor Who, films such as Lost in London and The Inbetweeners Movie. He also appeared in theater productions of Polling Booth and Nine. Avery is repped by Curtis Brown Ltd.

Joelle – “Vipsania”
New SERIES REGULAR
Agrippa’s daughter, Vipsania, refuses to play the conventional power games expected of Roman aristocratic life. She is happily married to fellow outsider, Tiberius, and is a key force for good in her husband’s life.

Bio: Joelle is joining the cast of Domina Season Two and has had roles in films such as Dune and Netflix’s The School for Good and Evil. Joelle is repped by United Agents.”

A premiere date for Domina season two will be announced later.

What do you think? Are you excited about the return of Domina in 2023? Do you enjoy historical dramas?

Looking forward to season 2. What took so long