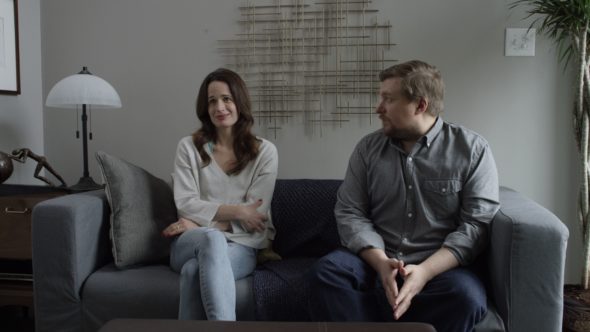 Easy follows diverse Chicagoans on their quest for sex and love. The series also explores what impact technology and the larger culture have upon their lives.

Series Finale:
Episode #25 — She’s Back
When Sophie learns that her TV show was canceled, she has second thoughts about the ex she left behind to pursue her acting dreams.
First aired: May 10, 2019.

What do you think? Do you like the Easy TV series? Should this TV show have ended or been renewed for a fourth season on Netflix?

What a great surprise!! I can’t believe I never heard of this series! Silver lining of my isolation. Love love love: concept writing directing casting acting ALL! Best binge in isolation. Up there with Fleabag . Please bring it back!!