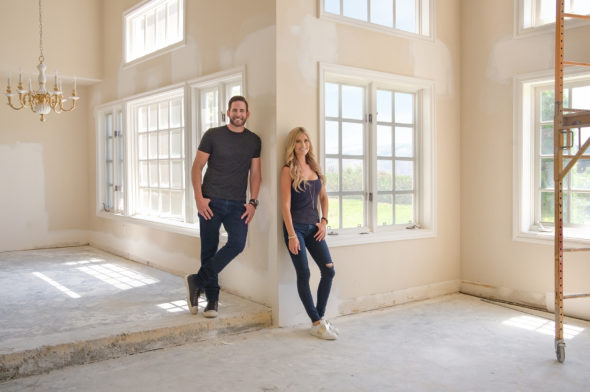 Flip or Flop is ending its run on HGTV after 10 seasons. The cable channel has revealed that the renovation series’ finale is set to air next Thursday night. Via their Instagram accounts, co-hosts and former spouses Christina Haack and Tarek El Moussa thanked their viewers and shared their thoughts about the show coming to a close.

Flip of Flop first aired on HGTV in April 2013. The series follows the pair as they buy, renovate, and resell homes in Southern California. Both Haack and El Moussa will remain with the network and have signed multi-year deals.

What do you think? Are you sad to hear that Flip or Flop is going to end on HGTV next week?

I enjoyed the show. At the end, how many times do we have to see white countertops and dark blue cabinets, that was getting a bit repetitive. I will watch what they do next, probably him more than her, but only time will tell. I wish both of them success in their new shows or whatever they will be doing.

STRANGE THAT SEASON 10 WILL BE THE LAST SEASON. I HAVE DOWNLOADED HERE INTO MY COMPUTER BOTH SEASON 11 AS WELL AS SEASON 12….

I am going to miss this show. They work well together, I know they are not together but they are awesome together doing their Business.

Show made them rich, but destroyed their lives. Every season their cars were nicer and nicer. Looks like the fame and money split them up. Christina has been through a few guys, and Tarek is now married to woman that is a clone of Christina.

I am very disappointed on Flip or Flop ending. At this point I will not be watching any other programs Flip or Flop was a magical show for me. HGTV has lost a viewer.

Do not be. there is a new show doing same thing by just a woman. They decided to end the show because the both have deals for new shows. Just wait and see.