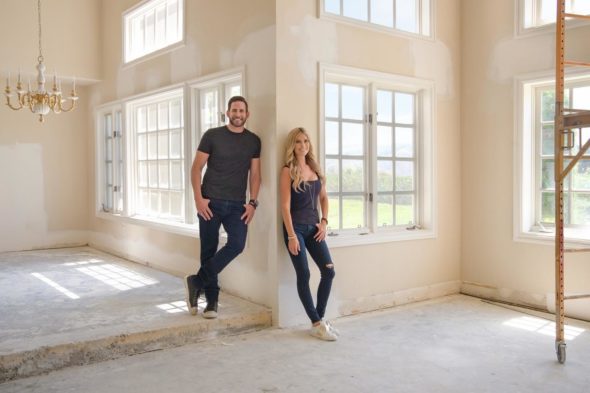 Flip or Flop is here to stay. HGTV just announced they’ve ordered 15 new episodes of the TV show for a late 2021 premiere.

New episodes of Flip or Flop are slated to debut on HGTV in late 2021.

HGTV has ordered 15 new half-hour episodes of its mega-hit series Flip or Flop starring real estate and house flipping experts Tarek El Moussa and Christina Anstead. The newly greenlit episodes, which will continue to follow the divorced duo as they co-parent their two children and run a successful SoCal home reno and flipping business, are slated for premiere in late 2021.

“Season by season, Flip or Flop grew into a television franchise that is an unstoppable force,” said Jane Latman, president, HGTV. “Tarek El Moussa and Christina Anstead are stars who appeal to a wide audience and their triumphs and challenges are real and relatable. Legions of fans continue to watch the evolution of their story to see how they handle whatever life throws at them next.”

Fans of Tarek and Christina also can look forward to new seasons of the stars’ solo series returning in 2021. Tarek will mentor more first-time flippers and share his secrets for successful property flips in 12 fresh episodes of Flipping 101 with Tarek El Moussa.

And, a new 12-episode season of Christina on the Coast will spotlight Christina’s personal and professional journey as she juggles a busy family life and a demanding design business.

More Flip or Flop content is readily available on HGTV’s digital platforms. The new episodes launch on HGTV GO each Thursday, and fans are invited to connect at www.HGTV.com/FliporFlop for exclusive videos, photos and more information about upcoming episodes. On social platforms, fans can interact using #FliporFlop on HGTV’s Facebook, Twitter and Instagram and can connect with Tarek and Christina on Instagram at @therealtarekelmoussa and @christinaanstead.”

So happy to hear F or F is returning. By far the best show on HGTV…although I like them all. I can’t wait for their return.

Love, love, love the new Flip or Flop with Tarik & Christina getting along!!

Yes I’m very happy they are coming back. I enjoy their show. Also enjoyed Scott’s show

Love Flip or Flop glad it stayed on HGTV and not discover plus !

I love Flip or Flop & Christina on the Coast. Also Tarek’s Flipping 101. They are my very favorite on shows on HGTV.

Flip or flop NEW show recorded 3/25/21 you get excited record it. Only it a show recorded 11/5/20 S10 Ep4. Why do they get a persons hype up even going to the trouble of recording. I’ve seen all the repeats repeatedly and I don’t want to watch them as NEW. Old is old new is new. I can tell you play by play don’t want to watch it again. Why are networks doing this. Do they just think we’re not put out. REPEAT isn’t NEW. I HATE THIS PRACTICE. I’ll erase my recording that shouldn’t have been recorded. I can’t… Read more »

Flip or flop with Tarek and Christina is my most favorite show on HGTV . I don’t really care for the flip or flop spin-offs. I wish they would show past seasons more because that’s pretty much the only show I like on that channel.

Flip or Flop is one of my favorites! I watch all of the old shows again and can’t wait for the new ones.

I LOVE FLIP OR FLOP. ITS ONE OF THE ORIGINALS OF HGTV. PLEASE KEEP CONTINUING THIS SERIES. KEEP RENEWING IT EVERY SEASON. I LIKE THE DESIGNS AND LOVE WATCHING THE CREATION WITH PROBLEMS THAT HAPPEN WHILE REMODELING.