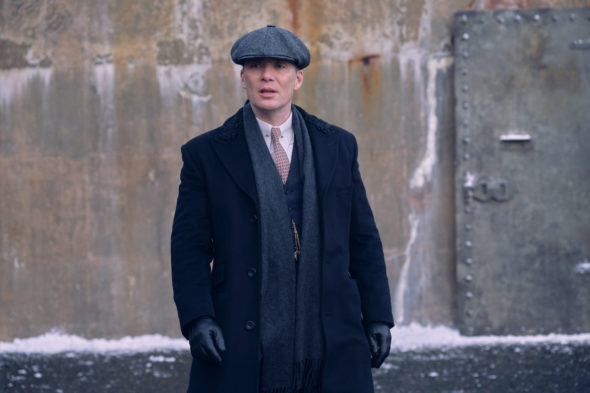 Peaky Blinders is coming to Netflix for its sixth and final season in June. BBC One in the UK is currently airing the final batch of six episodes.

Deadline revealed the following about the upcoming season of Peaky Blinders:

“In Season 6, Murphy’s Tommy Shelby will square off with various foes, but the most formidable enemy he has is himself. Also returning are Tom Hardy, Paul Anderson, Finn Cole, Anya Taylor-Joy, Natasha O’Keeffe and Sophie Rundle, among others. Stephen Graham and James Frecheville also appear. Co-star Helen McCrory (Polly Gray) passed away last year and the first episode of Season 6 is dedicated to her.”

Netflix announced the release of the drama’s new season on Twitter along with new photos.

There’s one last deal to be done.

A film and potential spin-offs of the drama are in the works.

What do you think? Are you excited about the return of Peaky Blinders on Netflix?