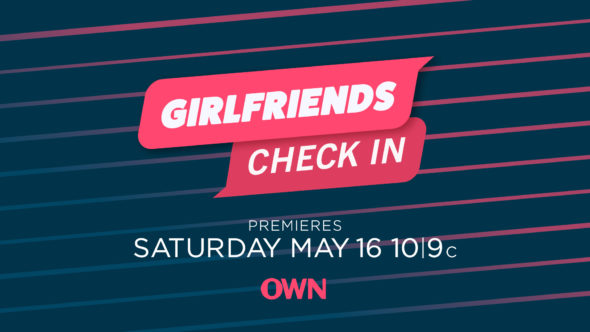 Girlfriends Check In will arrive on OWN this weekend, and the series will feature a number of female celebrities. Each episode will feature a different group of women. Some of the celebrity women viewers will see include Tisha Campbell, Kym Whitley, Holly Robinson Peete, Tika Sumpter, Carla Hall, Kim Fields, Yolanda Adams, Tamela Mann, Erica Campbell, Ryan Michelle Bathe, Susan Kelechi Watson, and Anika Noni Rose.

OWN shared the following about the series in a press release:

“OWN: Oprah Winfrey Network announced more celebrity names added to the new all-female Saturday night virtual reality show Girlfriends Check In. In each episode of the series, viewers will be invited into the homes of different groups of celebrity friends who will come together virtually for an uplifting and light-hearted conversation focusing on love, friendship and wellness – spilling tea about past and present relationships along the way. The new series will premiere Saturday, May 16 at 10 p.m. ET/PT following the series premiere of Iyanla Vanzant’s special Fear Not with Iyanla Vanzant (9 p.m. ET/PT).”

Check out a video teaser for Girlfriends Check In below.

I can’t wait to watch Girlfriends Check In! We need some girlfriend fun, support, love, and more fun!