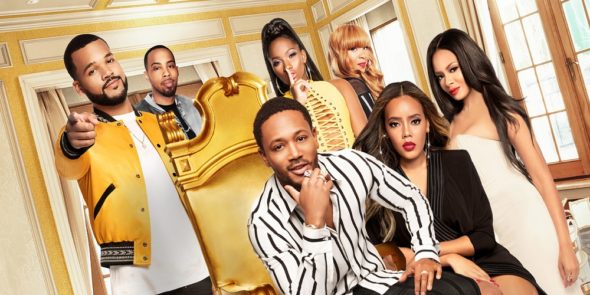 Growing Up Hip Hop Atlanta is returning for a fourth season on WE tv next month. The cable channel has released a trailer and additional details about the new season. The reality series follows the lives of the children of hip hop legends in Atlanta.

WE tv revealed more about the return of the series in a press release.

“The fourth season of WE tv’s hit series Growing Up Hip Hop Atlanta returns on Thursday, January 7 at 9pm ET/PT. This season, growing political division collides with pandemic pandemonium, leaving the OG’s of Atlanta hip hop on the brink of disaster.

Bow Wow’s past comes back to haunt him when a mystery woman leaks a shocking secret. Da Brat’s in love, but can’t escape drama in the dirty A. Ms. Deb drops a bomb that threatens Waka and Tammy’s core beliefs and their happiness. COVID literally takes Ayana Fite’s breath away, leaving her fighting for her life, as well as her friendships. Rivalries, grudges, and new and returning characters shake things up, forcing ATL’s hip hop royalty to face the music.

Check out a sneak peek for the new season of Growing Up Hip Hop Atlanta below.

What do you think? Are you a fan of Growing Up Hip Hop Atlanta? Will you watch season four on WE tv?