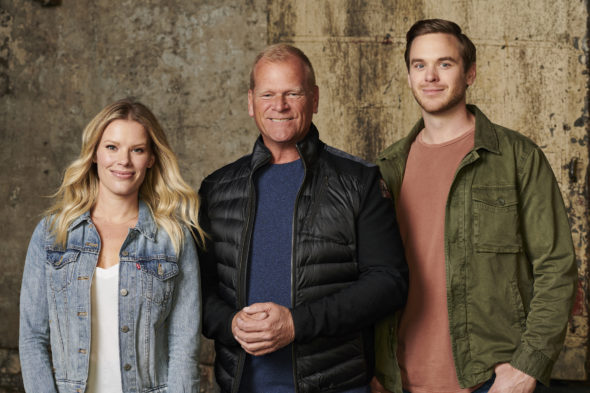 The feel-good series follows professional contractor and TV host Mike Holmes, his daughter Sherry, and his son Michael, as they help beloved community institutions, the people who work there, and those who benefit from them.

Inspired by local residents and community members who are making a difference in the lives of those around them, each episode follows the Holmes family as they surprise these deserving people by transforming their spaces. From a neglected school building to a rundown youth center, the Holmes family helps these hometown heroes in their quest to make a difference.

What do you think? Do you like the Holmes Family Effect TV show? Do you think it should be cancelled or renewed for another season?

Holmes and Holmes has been a favorite of my husbands. He got me interested in the show and we truly enjoyed watching and we learned alot from his programing. Please do not cancel this program.

I love to watch the Holmes family. I learned a lot from them. I wanted to buy the house I was in but after watching Mike Holmes shows I realized it was a TOTAL gut and moved out instead. Thanks Mike for great advise.