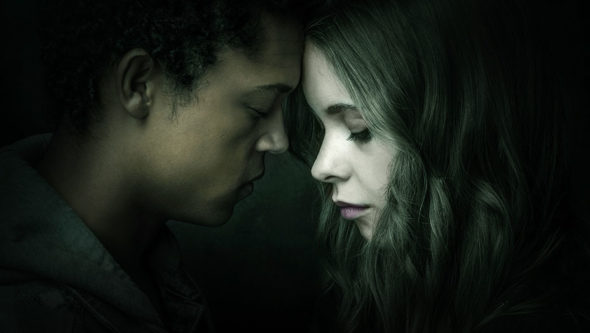 What you see is not what you see, or so claims the video announcement for The Innocents TV show, coming soon to Netflix. Check it out, below. The teaser for the British supernatural teen series promises: “Love changes everything.” The drama hails from the UK-based New Pictures, which produced The Missing for Starz and BBC One.

The Innocents centers on two teens who run away from their controlling families. The Netflix TV series stars Sorcha Groundsell as June, Percelle Ascott as Harry, and Guy Pearce as Halvorson. The Innocents season one premiere date is TBD.

When teenagers Harry and June run away from their repressive family lives to be together, they are thrown into an extraordinary journey of self-discovery that derails their innocent dream. Secrets kept from them by their respective parents test their love to breaking point; and the extraordinary gift they possess unleashes powerful forces intent on dividing them forever.

For more information in the coming months please visit www.netflix.com/theinnocents

What do you think? How do you like The Innocents TV series cast, so far? Do you plan to check out this new supernatural drama when it drops to Netflix? Let us know, below.