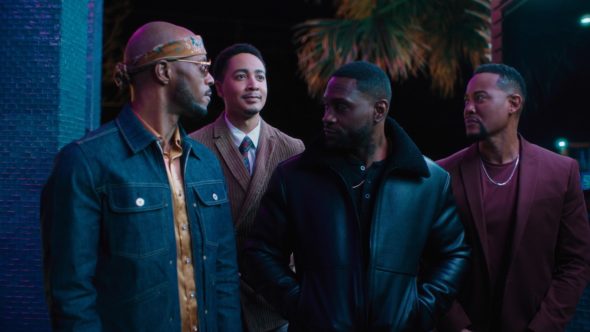 Johnson is returning soon to Bounce. Season two of the dramedy will return to the cable network later this month. Starring D.L. Hughley, LaRay, Jones, Philip Smithey, and Derrex Brady, the series follows four friends dealing with their lives while being Black. The series was renewed for a second season in October.

Bounce TV revealed more about the series’ return in a press release.

Ahead of its season two premiere, Bounce will air a binge-viewing marathon of the first season of the popular dramedy Sunday starting at 10:30 a.m. ET.

The Johnson men are back together… well, almost. A couple of months have passed since the fellas had the fallout at the art gallery. This season you will see more dating adventures of four best friends and the challenges they face while confronting and finding humor in the most current controversial social issues from the Black man’s perspective, ranging from love and marriage to business, politics, and religion.

What do you think? Are you excited about the return of Johnson to Bounce TV this weekend?