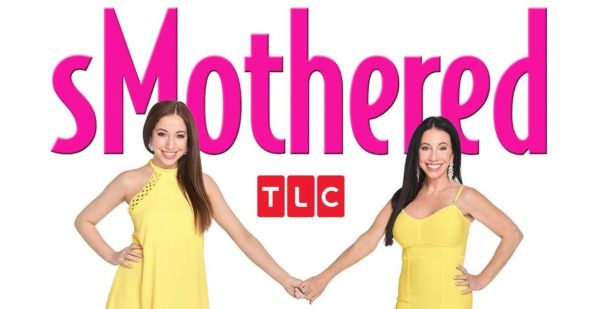 A new season of sMothered is coming soon to TLC and Discovery+. This new season of the reality series will feature seven mother-daughter duos with new babies thrown into the mix. New episodes arrive next month.

TLC revealed more about the return of the series in a press release.

“Just when you thought you had seen it all, SMOTHERED returns to TLC on Monday, August 8 at 9PM ET/PT with more to love. This season welcomes back four fan-favorite mother-daughter duos and introduces three new pairings. From bathwater to bedrooms to boyfriends, these twosomes have shared everything and with beautiful babies being welcomed into the mix, a new legacy ensues – grand-smothering!

Meet the new and returning cast of SMOTHERED:

Paula & Francia (new) believe there’s no such thing as boundaries. They dance, party, and sleep nude together – even indulging in the occasional tickle fight. For this pairing, mother-daughter roles are reversed. While Francia’s youthful spirit makes her act like a kid, Paula shoulders the responsibility of making sure that her mother is properly fed and always has a packed lunch. An only child, Paula’s possessiveness over her mother reaches new extremes when she learns that Francia is planning to adopt her niece from Colombia, which leads Paula to put an elaborate plan into motion to derail her journey and keep her at home under her thumb.

Shay & Angie (new) have always been attached at the hip, and they’ve grown even closer since daughter Shay came out as transgender. Angie is determined to be there for every step of Shay’s journey to womanhood. However, her mother’s support starts to feel a little too overbearing for Shay’s liking when Angie starts sticking her nose in her daughter’s personal life and decides to take the lead on Shay’s weight loss journey. Shay begins to feel more like her mother’s pet project than her daughter.

Ashley & Cathy (new) hold each other’s hand through everything. When this look-alike mother-daughter pairing gets bored, head-turning behavior is sure to follow. From chin lifts to nipple piercings to tattoos, no activity is off-limits for Cathy and Ashley. Their legendary boudoir photo shoots have captured the attention of plenty of potential partners on dating apps, sometimes catching the eye of the same man on more than one occasion. When Ashley moves in next door, the duo spends more time together than ever – much to the dismay of Ashley’s sister, Samantha, who shares a home with their mother. Ashley deliberately excludes Samantha, causing her sister to grow bitterly jealous.

Cher & Dawn (returning) dress alike, talk alike, act alike – they can even tell what the other is thinking! After being separated for six years while Jared finished his residency in New York, Dawn is ecstatic that Cher is finally moving back home to Florida. The only problem is that Jared’s new job is taking them to Miami, which is closer to his family. Dawn is determined to persuade the family to move back to Tampa for good.

Cristina & Kathy (returning) are always up in each other’s business – especially now that Cristina has moved from five to four houses down the street from her mother. With Carlo’s pizzeria finally on its feet, Kathy looks forward to having Cristina all to herself again. But when Carlo announces that he is dead set on expanding his business, a jealous Kathy worries that the new venture will start to eat up her daughter’s time again. Employing some old-school mom-guilt, Kathy pushes Cristina into a heated confrontation with her husband, who insists that her mother keep her nose out of his affairs.

Angelica & Sunhe (returning) are closer-than-close – sharing everything from their bank account to their bathwater. Crushed by Jason’s hesitation to tie the knot and her mother’s disapproval of the match, Angelica has called off her wedding. Sunhe dreams of raising Angelica’s newborn baby, Amara, by her daughter’s side. However, her plans are frustrated by the fact that the family is still living under Jason’s roof, while Angelica remains determined to make their relationship work, Jason insists that Sunhe hit the road. Tensions come to a head when Sunhe issues him an impossible ultimatum: if she goes, she’s taking Angelica and Amara with her.

SMOTHERED is produced by Bodega Pictures in association with the New York Post Entertainment for TLC.”

What do you think? Are you excited to see another season of sMothered next month?