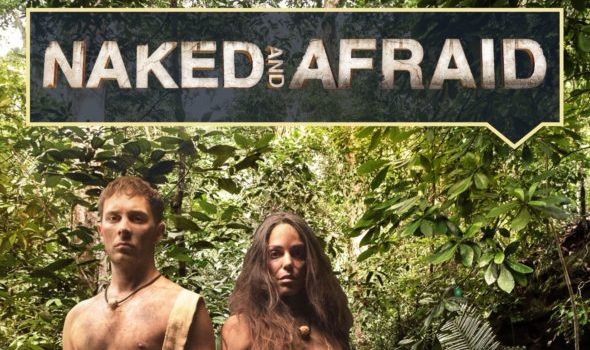 Naked And Afraid is returning for another season. Discovery Channel has renewed the reality adventure series for its 14th season. In the upcoming episodes, three men and three women will test their endurance and battle mother nature.

“The ultimate test of human endurance – the battle between mankind and Mother Nature – is back in its most primitive form. With no shelter, food or water in sight, the toughest adventure seekers from around the world will leave their clothes and everyday comforts at home as they venture into some of the wildest, most punishing and isolated places on Earth. With never-before-seen locations, more diverse survivalists than ever – ranging from rookies to Legends, city-slickers to mountaineers – and unexpected challenges at every turn, this season of NAKED AND AFRAID is full of many firsts and filled with adventures neither the audience nor the survivalists will ever see coming.

An all-new season of NAKED AND AFRAID premieres Sunday, February 27 at 8pm ET/PT on Discovery and streams on discovery+. Viewers can join the conversation on social media by using the hashtag #NAKEDANDAFRAID and following Naked and Afraid on Facebook, Twitter, and Instagram.

From the haunted highlands in Chiapas and an abandoned village in Botswana, to a complex and unnerving cave system in Colombia, this season takes these brave men and women to places where the location alone is enough to tap even the most experienced of NAKED AND AFRAID survivalists. After passing through an old house in the middle of the jungle rumored to be haunted, two survivalists will question everything as nothing seems to go their way. And when two survivalists stumble across an abandoned African village, they’ll learn the hard way what led the villagers to flee and leave everything behind.

In a franchise first, a pair of survivalists must not only survive amongst hundreds of elephants on the Limpopo River but do so while overcoming a language barrier that makes even the smallest of tasks an impossible feat. Other firsts this season include the first male to female transgender survivalist who finds herself paired with a farmer from South Africa, as well as a survivalist with Asperger’s who discovers how her disorder impacts her survival and finds ways to overcome challenges she didn’t think possible.

Always an audience favorite, this season also features a special ‘tribes’ episode where two “teams” – each comprised of a rookie and a Naked & Afraid Legend – must make it to the halfway point in South Africa where they will meet up and combine resources in an effort to finish out the challenge together as a group. And in a true passing of the torch, the grown kids of two NAKED AND AFRAID All-Stars try their hand at a 14-day challenge in Mexico to see if they have what it takes to live up to the legendary reputations of their parents.

As the breakthrough show that started it all, this season of NAKED AND AFRAID is one for the books. Can these survivalists endure harsh elements, dangerous wildlife and each other? It’s the ultimate battle between mankind and Mother Nature in its most primitive form.”

What do you think? Are you a fan of Naked and Afraid? Do you plan to watch season 14 on Discovery+ or Discovery Channel?

If you cannot survive in the wild, then do not even apply for it. You cannot expect to live in the wild claiming you have “asburgers”, ptsd, etc etc. I did the hardest anything a human being can do and that is hold your child in your arms look them in the eyes and watch them die. And there is nothing you can do to stop it. So if you can’t handle the challenge, then don’t even do it. Quit expecting everybody’s pity and help. You either get up and fight or you lay down and die

I saw Episode 1 of Season 14 and liked it. They previewed Episode 2 which will have a transvestite woman “survivor”. I don’t want to see that. The show says “a man and a woman” and a contestant that look like a man literally is not a show I will watch.

I love Naked & Afraid! I thought the concept was ridiculous when it first started but I watched it once & I was hooked I had to binge on prior seasons. I hope they keep it on Discovery channel & not make it exclusively on Discovery+ !

One of my favorite shows! I didn’t like the dating show but have enjoyed every other incarnation for N&A!

Love this show. Cant wait for it. Keep it coming

FINALLY!!!! One of the best shows on TV.