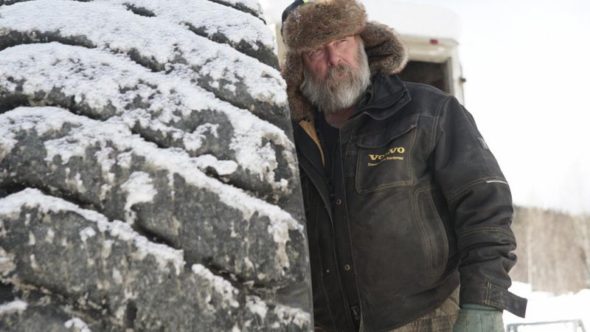 “When winter hits hard and the gold-rich ground freezes over, one mining season ends, and the fight for the next one begins. Soaring gold prices have sparked a land grab, sending some miners scrambling to hunt down new gold rich claims while others set out to build a new arsenal of earth moving machines. To be successful, they’ll have to fight through arctic conditions with subfreezing temperatures and piles of snow that make even the simplest task, nearly impossible. The spring could bring the biggest gold hauls ever if they find the right ground and build a bulletproof battle plan. If they don’t, the miners risk losing it all. GOLD RUSH: WINTER’S FORTUNE, an all-new spin-off of Discovery’s #1-rated show GOLD RUSH, premieres Friday, July 30 at 8 PM ET/PT on Discovery and streaming on discovery+.

The series will follow fan favorites including Tony Beets, Rick Ness, Dave Turin, Fred Lewis and Dustin Hurt – as they go about their winter prospecting, purchasing and permitting in preparation to hit their ambitious season goals. While the miners wait for the spring thaw, they have a golden opportunity. Will they make the necessary preparations to ensure they have their most successful season ever? Or will they come up empty handed?

As the offseason begins, “Comeback Kid” Rick Ness has some surprising news that he hopes will convince his crew that he’s got his eye firmly on the future. To succeed again this year, he has to take his operation to a new level with the right wash-plant, drilling system and monster dozer to achieve a nugget-filled season.

The “King of the Klondike” Tony Beets, is a gold mining legend with 35 years mining the Klondike under his belt. While half his operations are down, the veteran miner wants to make up for lost time. To cash in on the high gold price, he plans to go all in. This year, Tony intends to triple his gold haul – gambling millions of dollars on a risky monster machinery overhaul. But did the Klondike King take on more than he can handle?

Master Prospector Dave Turin is also ready to make some big money. But the difficult part is finding the ground. After beginning his mining career with the Hoffman crew, Dave has spent the past 3 seasons travelling across the country, resurrecting lost mines and finding gold the old timers left behind. In order to beat his gold count from last season, he’ll need to start his gold prospecting mission early and fight off the competition. Will he hold up under the pressure as the modern-day land grab heats up?

Military veteran and resident “Greenhorn” Fred Lewis also has his eyes set on a big payout. In his rookie season, Fred and his team of veterans mined just $12,000 worth of gold. He’s ready to make the big gamble and prove he can hit the motherlode. But will he be able to find a claim that can pay and convince his family and military brothers to join him this season for another go?

Finally, “Dare Devil Miner” Dustin Hurt is on the hunt. But first he must survive a mission to check his camp has not been destroyed by recent landslides in Haines, it could be a devastating blow going into the new mining season.

GOLD RUSH: WINTER’S FORTUNE takes viewers inside the high-stakes gambles of the gold mining offseason for the first time ever.”

What do you think? Do you plan to watch this new Gold Rush spin-off later this month?

Just watched first episode here in Ireland. To whom was Parker referring at the end of the episode when he said “they had a lot more life to live”?

No reason to watch!!

Of coarse we will be watching! Sounds really interesting!

Yes I will watch it to see IF it is half as good as the regular show called GOLD !!!!! Why is Parker NOT in this new show for he makes the most money every year ?????