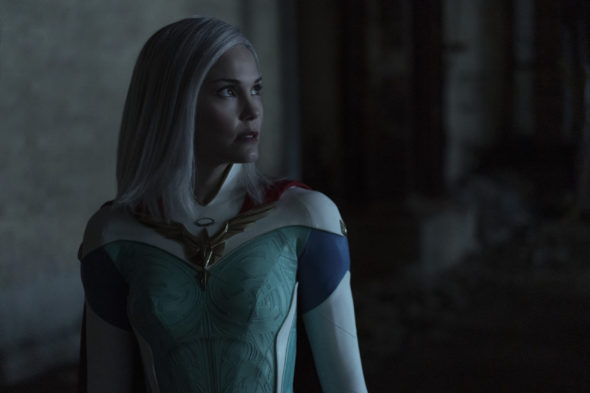 Jupiter’s Legacy was cancelled just two weeks after its premiere in a shocking move by Netflix. Now, it’s been revealed that a number of issues were a factor in the quick cancellation.

Per The Hollywood Reporter, the issues included going over budget (the streamer had allotted $9 million per episode), delays caused by the pandemic, and an extra-long period of post-production once filming had wrapped. A shuffle at the executive level is also mentioned as another contributor to the cancellation.

There are still plans for another series in the Jupiter universe, however. The following was revealed about that project:

“Millar and Netflix spun the cancellation by saying Jupiter is going to be a universe, with a new live-action series — based on an unrelated Millar comic titled Supercrooks — given a series order and put under the Jupiter umbrella. Several rival executives questioned why you would lasso yourself to a failed launch, but others noted it does allow the company to gauge the initial awareness winds generated by Jupiter while still allowing Bajaria — between Supercrooks and reviving previously sidelined project The Magic Order — to put her own stamp on Millarworld.”

What do you think? Were you surprised by the cancellation of Jupiter’s Legacy by Netflix? Did you want more episodes?

Yes I am surprised such a good series is cancelled so quickly although the pandemic has touched and effected most areas of our lives. I would hope that Netflix would take into account that people enjoy the series and that delays were caused by the pandemic and give the series another shot.

Absolutely disappointed! This was incredible serie. Absolute SHAME! Gonna have to move back to crave