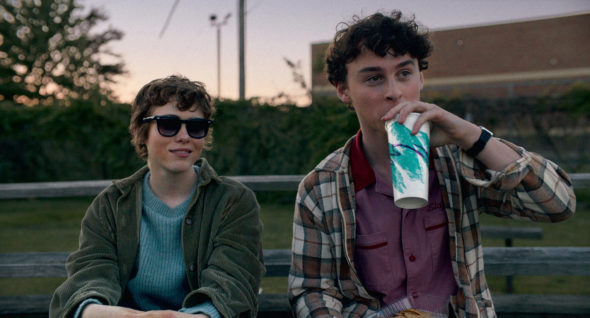 Why was Netflix not okay with I Am Not Okay with This? Recently, co-creator Jonathan Entwistle spoke with Insider about the streaming service’s decision to cancel the TV show.

The supernatural dramedy centers on Sydney (Sophia Lillis), a teenager dealing with both the hardships of adolescence and the discovery that she has superpowers. The cast also includes Wyatt Oleff, Sofia Bryant, Kathleen Rose Perkins, Aidan Wojtak-Hissong, and Richard Ellis.

In the interview, Entwistle revealed the creators of I Am Not Okay with This had a plan for season two before Netflix cancelled the series in August:

Many of the questions that we posed in the first season were mapped out for a second season. When [Netflix] commissioned Season 2 and they greenlit us into the writer’s room, they told us it was to be the final season. So we were writing to a finale that we’d already planned.”

So why did Netflix cancel the TV show if they had already commissioned a second season? Entwistle says the costs of production increased dramatically with the onset of COVID-19:

We were budgeting, we were ready to roll. The show was due to start shooting in May/June and obviously, it got delayed. We just realized that to COVID-proof the show was going to cost a lot more money. I think I’ve seen a few people talking and the figures are about right: It’s about anywhere between $5 to $10 million per season of television for the PPE, and for the testing, and for the systematic changes with which to make it safer.

I think that one of the problems we faced with I Am Not Okay With This is that in many ways I considered it to be a smaller, niche show and they considered it to be a replacement for Stranger Things. I do think when they were looking at all the finances, the show was more expensive than they figured it was worth doing.”

What do you think? Have you seen I Am Not Okay with This? Would you have watched a second season?

I definitely would not have watched Season 2. I barely got through the first 3 episodes. I found it slow, & depressing. I get that is supposed to paint a picture, but, holy cow, the picture I saw was full of adolescent angst, embarrassment, & every little mole hill was played out to be a mountain. I found myself starting to feel tension & anxiety for the lead female because of all the “normal” teenage issues all got blown way out of proportion.

I liked this show. I was looking forward to what was next. I definitely would of watched Season 2.