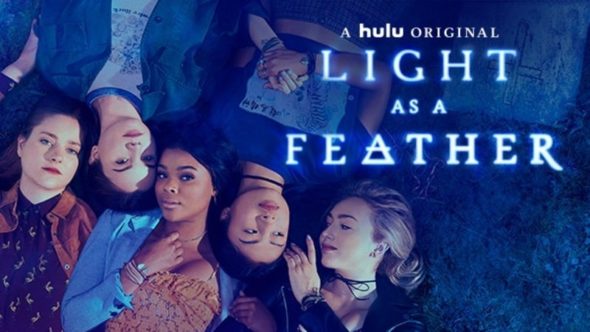 The supernatural thriller centers on McKenna Brady (Liberato), a shy, popular high school senior. McKenna’s parents are divorced, and her twin sister, Jennie (Liberato) is deceased. While her mother, Deb (Pham) can often be founding nursing a bottle of wine, McKenna is nursing a crush on Henry Richmond (Sprayberry), the older brother of her friend, Olivia (List).

After the new girl, Violet Simmons (Ramm), gets caught in the crossfire of a prank between Olivia and her boyfriend, Issac Salcedo (Rivera), McKenna convinces Olivia and the gang to include Violet in their upcoming plans. It’s not long though, before those plans take a deadly turn.

The social event of the season is Olivia’s upcoming 18th birthday party, but their first get-together is a few days prior, “pre-gaming” in the cemetery. It has become a Halloween tradition for this gang of girls — which also includes Candace Preston (Alexus) and Alex Portnoy (Tju).

When the girls cannot decide which spooky game to play, Violent suggests “Light as a Feather, Stiff as a Board,” but with a twist, in which the leader tells a story detailing how the chosen player will die. Although McKenna is chosen first, it hits a little too close to home, and she begs off, so Violet continues with the rest of the girls.

When the girls start dying off in ways that duplicate Violet’s predictions, the survivors need to figure out why they’re the targets and if the threat it coming from inside their group. Is there more to Violet than it seems at first glance? Stay tuned.

What do you think? Do you like the Light as a Feather TV series? Should this Hulu TV show be cancelled or renewed for another season?