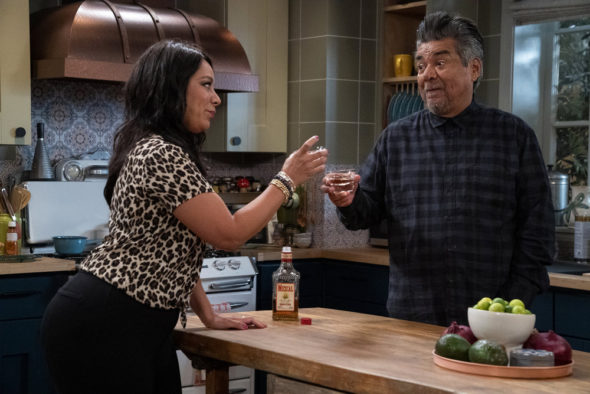 George and his daughter are getting more time to work things out. NBC has ordered nine more episodes of Lopez vs Lopez, bringing the first season tally to 22 episodes. Four installments have aired thus far.

A family comedy series, the Lopez vs. Lopez TV show stars George Lopez, Mayan Lopez, Selenis Leyva, Brice Gonzalez, and Matt Shively, with Laci Mosley and Kiran Deol in recurring roles. The story revolves around a generational conflict between a partially estranged father and daughter — working-class, old-school George (George Lopez) and his Gen Z daughter, Maya (Mayan Lopez). George was largely an absent father, and he also cheated on Maya’s mother (Leyva) and gambled a lot. Now, Maya has been through years of therapy, and George has gone through a tough time. Now that he’s moved in with Maya and her family, the two might have a chance at repairing their relationship. Along with his stoner pal Oscar (Madrigal), George is renovating Maya’s kitchen and enjoys tormenting her husband Quinten (Shively) along the way. George is also getting to connect with his young grandson, Chance (Gonzalez).

What do you think? Have you enjoyed watching the Lopez vs Lopez series? Are you glad to hear that the peacock network has ordered additional episodes?

I’m glad to see this renewed it was nice to see him back on the air again.

Love it!!! Welcome Home GEORGE LOPEZ! The Rest Of The Cast Is Awesome! Great job!

After my 3 minutes, I muted the program to avoid that excruciating laugh track, but after a few more minutes, I too had to cut and run. It isn’t funny and it is terrible.

3 minutes was too long to watch this awfulness!