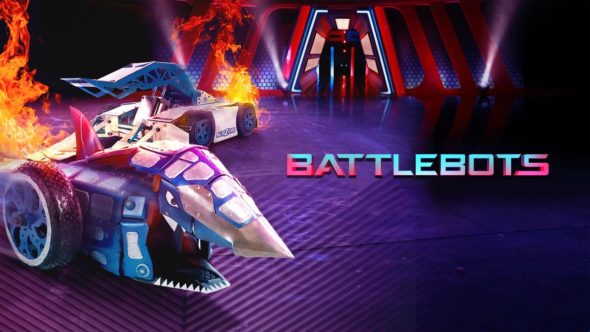 BattleBots has been renewed for another season on Discovery Channel. New episodes arrive on January 5th, with 50 teams and their robots battling it out in Las Vegas. Their goal is to qualify for the BattleBots World Championship VII.

Discovery Channel revealed more about the competition series’ return in a press release.

In the fight capital of the world, Las Vegas, the most competitive field of combat robots ever assembled have come to wage war with one goal in mind: to qualify for the BattleBots World Championship VII. Featuring 50 teams from across the globe, sparks fly and robots die in the iconic BattleBox arena at Caesars Entertainment Studios as teams vie for the sports top prize: The Giant Nut. Wielding ever more lethal weapons and upgraded hardware, this year’s elite bots will face their most grueling test as, for the first time, all teams will complete a predetermined four-fight qualifying season. Also, for the first time, all teams’ full fight schedules will be released prior to the start of the World Championship VII qualifying rounds. BattleBot’s ever expanding, rabid fanbase can now look forward to more fights, more strategy, and more destruction as season long “live tracking” of results and standings are enabled thru these format changes. The world’s premiere robot competition series, “BattleBots,” returns Thursday, January 5th at 8PM ET/PT on Discovery Channel.

This year’s select field features a host of brilliant new teams with meta breaking designs eagerly attempting to stand shoulder to shoulder with the returning legends of the sport. Tensions will soar as fan-favorites including Witch Doctor, SawBlaze, Hydra, Hypershock, Minotaur, past champion and current Golden Bolt winner, End Game, and reigning World Champion Tantrum, take on the fiercest teams from Europe, Australia, Canada, New Zealand, and South America, all slugging it out in a series of battles to the death.

Will End Game or Tantrum keep their winning streaks alive against the deepest field in BattleBots history or will they end up in pieces? Will Riptide and Glitch extend their epic freshman runs, or will they suffer the dreaded sophomore slump? Sportscaster Chris Rose, and former UFC Fighter Kenny Floria are back to lead the action, giving their famous play-by-play and color analysis, while Faruq Tauheed returns as the Ring Announcer to get everyone in the arena, and at home, into the fighting spirit.

What do you think? Are you excited to see a new season of BattleBots on Discovery Channel?