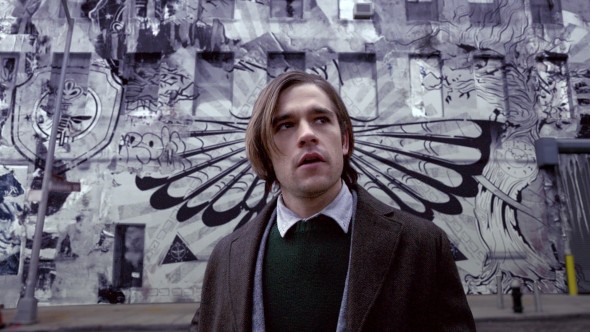 Season one of The Magicians just ended last night. Showrunner Sera Gamble recently spoke with The Hollywood Reporter about the future of the Syfy drama.

Speaking to THR, Gamble said everything’s on the table for season two:

We just started the room recently. We’re all in there tossing out our most insane ideas and we’re picking up off a cliffhanger that’s pretty severe. So dealing with what happens next will probably be the first thing we do in season two. But we’re lucky on this show because we have a wealth of material – three books – to draw from. I’ve certainly been on TV shows where we didn’t have the ability to just flip open a book to a passage we remembered and talk about how to build a story out of it. So we’re having a really good time in the writers’ room. Everything is still on the table right now.”

She added that season two will further explore the world of Fillory:

It’s going to be a psychotic character. It’s one of the really fun things about season two. In the pilot of season one, you got a dream glimpse of Fillory and we’ve teased little pieces of it and finally got to see it in the season finale, but that’s also still a small corner of Fillory. We spend most of our time in the season finale with this family that kind of lives out in the countryside and we haven’t got to court yet. The only part of the castle we’ve seen is the dungeon. So we’ve been talking about it and delving into what these different areas of Fillory are like. Luckily we shoot in Vancouver, which provides us with a lot of natural beauty. If we weren’t in a place where you could go outside and point a camera at really beautiful nature, we would be dead before we started.”

What do you think? Did you watch season one of The Magicians? What do you hope happens in season two?

Watching the commercials, I didn’t think I’d be interested in this show. But, I decided to check out the 1st episode and got hooked!! The ending of episode 10 when Penny returned was hilarious and I couldn’t help laughing!! I’m looking forward to season 2. I just wish I didn’t have to wait so long for it to start!!

Is 13 the finale? I’ve been waiting for it but haven’t seen anything! I can only watch it on demand, because my husband loves it too! So I save it for when we can watch together. I love this show. I was really bummed when softy took Being Human off. But I saw why. It couldn’t go much further. We both loved that also. He likes 12 monkeys more then I, but keep it up we need a mystical fun series.

Can’t wait for season 2 great story line.. Just gutted that it’s finished like that hopefully it’s not to long till season 2 get going?????