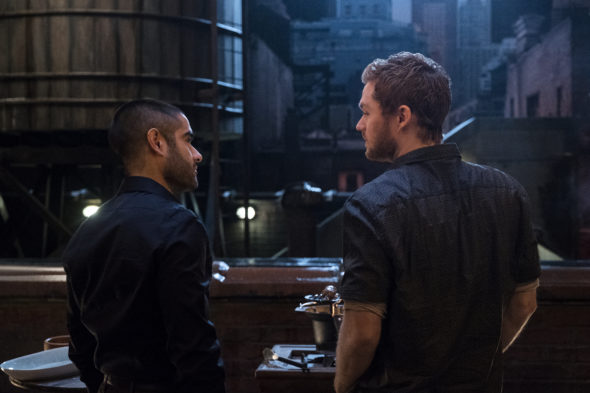 Has Danny Rand’s fight come to an end? Is Marvel’s Iron Fist TV show cancelled or renewed for a third season on Netflix? The television vulture is watching all the latest TV cancellation and renewal news, so this page is the place to track the status of Marvel’s Iron Fist, season three. Bookmark it, or subscribe for the latest updates. Remember, the television vulture is watching your shows. Are you?

A Netflix martial arts superhero drama, Marvel’s Iron Fist stars Finn Jones, Jessica Henrick, Simone Missick, Sacha Dhawan, Jessica Stroup, and Alice Eve. The series centers on Danny Rand (Jones) aka the Iron Fist, one of the Defenders. After being orphaned in a plane crash and raised to be an expert fight, Rand returned to New York to reclaim his legacy and family business. In season two, Danny must now leave behind the daily business of Rand Enterprises, in order to defend his city from a new threat.

Unless they decide to publicize viewership, it is difficult to predict whether Netflix will cancel or renew Marvel’s Iron Fist for season three. For now, I’ll keep an eye on the trades and press releases and update this page with breaking developments. Subscribe for free Marvel’s Iron Fist cancellation or renewal alerts.

10/12/2018 Status Update: Marvel’s Iron Fist has been cancelled by Netflix, but could return elsewhere. Details here.

What do you think? Are you disappointed that Marvel’s Iron Fist TV series was cancelled by Netflix. Would you follow this TV show to another streaming outlet for season three?

It definitely needs to be renewed for Season 3…absolutely love the show!! If it is NOT renewed I would likely cancel my subscription!