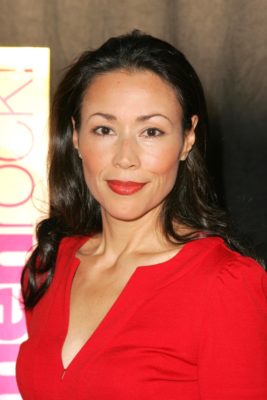 Are you interested in medicine? This week, TNT announced Ann Curry will host the upcoming TV show MD Live.

The medical crowdsourcing series “seeks solutions worldwide for people with medical mysteries and crises who are undiagnosed or misdiagnosed.”

MD Live is expected to debut in 2019. Read more info from TNT below:

LOS ANGELES, OCTOBER 15, 2018 – On the heels of the 10 episode series order of M.D. Live (working title), the groundbreaking, live, factual series that seeks solutions worldwide for people with medical mysteries and crises who are undiagnosed or misdiagnosed, Turner today announced that renowned, award-winning journalist Ann Curry has signed on to anchor and executive produce. The innovative show that will tap into the worldwide phenomenon of medical crowdsourcing is co-produced by Turner and Lionsgate Television.

“Real good could come of this. We aim to help break down the walls that still stop people from accessing the medical information they need. Harnessing the full power of both television and technology to connect people interactively with doctors all over the world is a step toward a future when we are not limited by where we live or whether we can find the right doctor,” said Ann Curry. “This is a new way of doing things, a new genre of broadcasting and a chance to help people.”

“With a distinguished career as a trusted journalist and reputation as a humanitarian, Ann Curry is the perfect partner to lead our charge crowdsourcing hope and helping our patients solve their medical mysteries,” said Michael Bloom, senior vice president of unscripted and live programming for TNT. “Ann is among the most trusted storytellers of our time who will motivate viewers, connect communities and inspire hope. And by leveraging the power of WarnerMedia’s reach we will be able to engage our viewers and really help them wherever they are.”

“We’re delighted to have an award-winning, globally recognized journalist helm our new series about crowdsolving medical crises,” said Jennifer O’Connell, executive vice president and head of worldwide unscripted programming for Lionsgate. “Ann has inspired millions of people worldwide through her humanitarian acts, impeccable journalism, and positivity, which makes her the perfect anchor for the series and who audiences can trust.”

Curry, an award-winning journalist for more than 30 years, is known for her war and humanitarian reporting and interviews with the most powerful and influential as well as the most disenfranchised and forgotten. She has been awarded seven Emmys(R), in addition to numerous others in Journalism, as well as humanitarian awards, including a Medal of Valor from the Simon Wiesenthal Center. She currently also reports for and is an Executive Producer of We’ll Meet Again with Ann Curry for PBS.

What do you think? Are you a fan of medical shows? Will you watch MD Live?

This is going to be another Kevin Reilly failure.

Fantastic! If they can pull off the logistics I think this really can be everything the creators and participants are hoping for. I am super pleased to see Ann Curry as host and more than agree she is the perfect choice for the role.