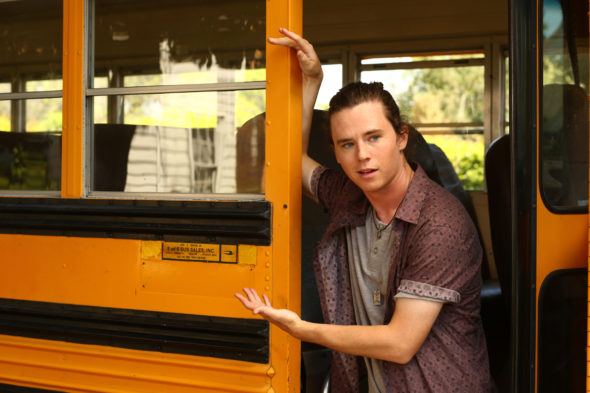 What in the heck is up with the Hecks? Has The Middle TV show been cancelled or renewed for a 10th season on ABC? The television vulture is watching all the latest cancellation and renewal news, so this page is the place to track the status of The Middle, season 10. Bookmark it, or subscribe for the latest updates. Remember, the television vulture is watching your shows. Are you?

The ninth and final season of The Middle kicks off as Axl returns home from his post-grad trip to Europe. His even more laid-back attitude drives Mike crazy. Axl has also gotten serious enough with Sue’s roommate, Lexie (Daniela Bobadilla), that it’s time for Mike and Frankie to meet her wealthy family. Speaking of Sue, she is still pining for Sean Donahue (Beau Wirick), who thanks to their penchant for crossing wires, has no idea she returns his feelings. Meanwhile, in an attempt to boost his popularity, Brick decides to dump Cindy (Casey Burke), which goes about as well as any Heck should expect.

The ninth season of The Middle averaged a 1.43 rating in the 18-49 demographic and 6.00 million viewers. Compared to season eight, that’s down by 3% in the demo and down by 1% in viewership. Find out how The Middle stacks up against other ABC TV shows.

Fans can sit back and relax without worrying whether ABC will cancel or renew The Middle for season 10. We’ve known since August 2017 that the ninth season would be the final installment, but the good news is this was a creative decision. We’re happy to say the writing staff is planning on crafting a satisfying TV series finale for the long-running family series. Who knows? After that, they may even consider spin-offs, so subscribe for free updates on The Middle.

What do you think? Is season nine the right time to end The Middle TV show? If ABC had renewed this TV series, would you tune in for a 10th season?

Loved the middle, and would love to see more of it. Maybe see how the kids are doing now with their own life and kids. It would be great!