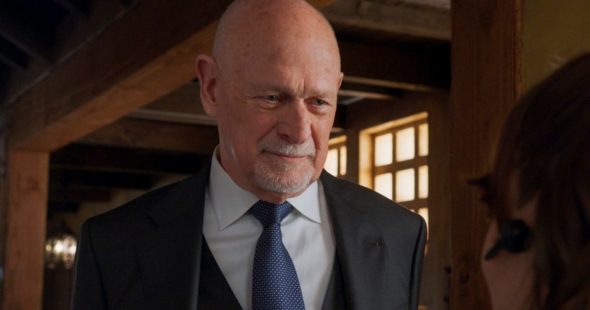 NCIS: Los Angeles has bumped up a long-time recurring cast member to series regular for season 13. Gerald McRaney has played retired Adm. Hollis Kilbride on the CBS drama since 2014.

According to Deadline, executive producer R. Scott Gemmill said the following about the move:

“When you have an actor of Gerald McRaney’s caliber, you do everything you can to make sure you get him as often as possible. Admiral Kilbride has been an esteemed part of our universe for seven years now and we look forward to viewers seeing him come in and shake up our NCIS: LA world.”

Chris O’Donnell, LL Cool J, Linda Hunt, Daniela Ruah, Eric Christian Olsen, Medalion Rahimi, and Caleb Castille star in the series. NCIS: Los Angeles saw the exit of two series regulars — Renée Felice Smith and Barrett Foa — in the season 12 finale. Hunt was absent during much of the season, due to the pandemic.

A premiere date has not yet been the upcoming season of the drama.

What do you think? Are you a fan of NCIS: Los Angeles on CBS? Do you plan to watch season 13?

Yes every show i can watch.my favorite show to watch.

Renewed, this is a grest show. I want to see more of Hetty next season.

Love,love,love NCIS LA and will continue to watch.

I’m very excited to see that there’s another season. Being a native from Los Angeles, i know a lot of the street names & freeways where they film their scenes. Wish i was back home there.

I love the show my favorite please bring it back

One of my favorite shows. I watch it regularly.

I have always loved Gerald McRaney’s acting through the years and I think he will give NCIS-LA a different look which all series need when they have been on tv for a long time. Until we see him as a regular for a number of episodes it is hard to tell if it will work. Never say never when cast members walk away, they can always come back

I will keep watching it

Love Gerald McRaney on this show , he’s like a tough love dad/grandpa figure they need when they step out of line or get into trouble . He probably a big softie under that tough armour.

I think an annoying character might be important to the story line. There is always someone causing trouble even in real life. I don’t like that character either!

I will miss Renée Felice Smith and am wondering why she was removed? NCIS-LA is one of the few shows that I watch. I will continue to watch NCIS-LA.